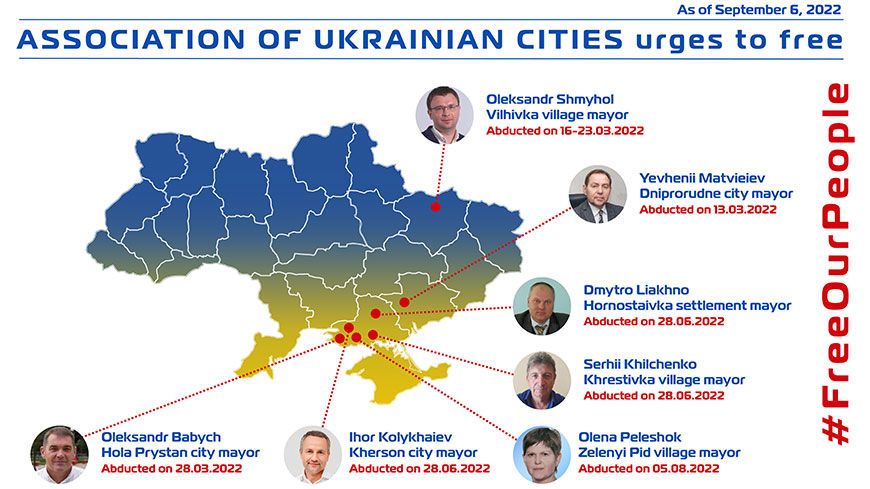 In light of the continuing abductions of Ukrainian local elected representatives, the President of the Congress of Local and Regional Authorities of the Council of Europe, Leendert Verbeek, endorsing the statement made by Council of Europe Commissioner for Human Rights Dunja Mijatović on the occasion of the International Day of Victims of Enforced Disappearances, made the following statement:

“I demand the immediate and unconditional release of all local public officials in Ukraine and condemn the abhorrent practice of abduction and detention.

Mayors, as leaders in local communities, are particularly targeted for their role as the main pillar of fierce resistance against the occupation. Their enforced detention constitutes a serious violation of human rights and international humanitarian law. Attacks on local leaders are attacks on the community.

Since the beginning of the war, more than 50 local elected representatives, including 34 mayors from different regions of Ukraine, have been abducted by Russian forces. This is an obvious attempt to intimidate the civilian population and supress its resistance in the occupied territories.

I wish to reiterate the Congress’ stand in this regard and stress that the Russian Federation carries full responsibility for the war against Ukraine and for its disastrous humanitarian consequences, while restating our solidarity with Ukraine and its people in their struggle against the aggressor.”