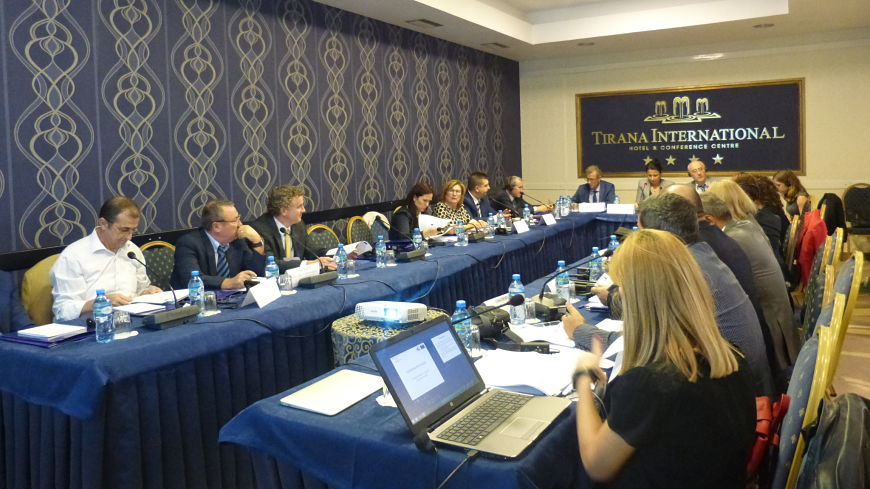 The Congress held a consultation meeting, on 6 October 2015 in Tirana, with Albanian mayors on the role of local government authorities in the decentralisation reform process in Albania. Chaired by Juliana Hoxha, Vice-President of the Congress, the meeting has been organised in co-operation with Albanian Local Government Associations (AAM and ALAA). On the basis of a series of reports from Congress’ local and international experts (on the draft law on functions and finances, the establishment and role of the Consultative Council and the role and representation of LGAs), it provided mayors with the opportunity to exchange their views on these topics of direct interest for Local Government Units. The result of their discussions, and of previous consultations, will be included in the preparations of the National Conference on 30 October, which will bring together all 61 recently elected Albanian mayors, to celebrate the anniversary of the opening for signature of the European Charter of Local Self-Government. The meeting was organised in the framework of its project ' Strengthening Local Government Structures and Cooperation of Local Elected Representatives in Albania – Phase II ' and more specifically its line of Action II 'Building a sustainable, pluralistic and unified platform of Dialogue for Local Government in Albania' and as a follow-up of its Recommendation 349(2013) on Local and Regional Democracy in Albania.