The task force is an ad hoc body composed of relevant stakeholders in youth work in Europe.  Its aim is to elaborate a mid-term strategy for the knowledge-based development of European youth work. It will work from January 2018 to December 2019 during which time it will meet at least twice a year. 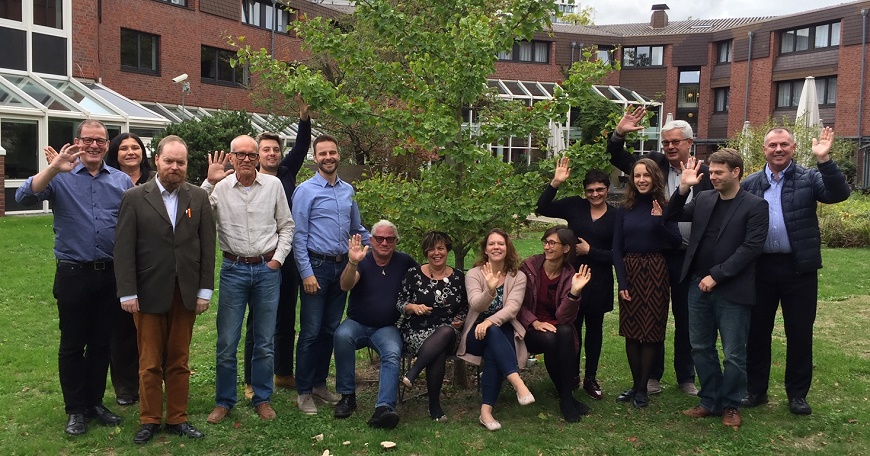 What is the task force?

Who are the stakeholders?

The European Commission has observer status.

What has already been done?

The task force held its first meeting in Strasbourg on 7 and 8 February 2018.  The task force was given a good insight into how diverse the picture of youth worker education is across the Council of Europe member states thanks to a mapping carried out by the Partnership.  This education is often linked to the recognition of the practice or the profession.  Some gaps do exist but these areas could be further developed by the YWTF in the future.
From left to right: Jan Vanhee (CDEJ), Liva Vikmane (YFJ), Florian Cescon (Youth Department), Howard Williamson (Expert), Milosh Riskovski (CCJ), Marta Medlinska (Partnership). 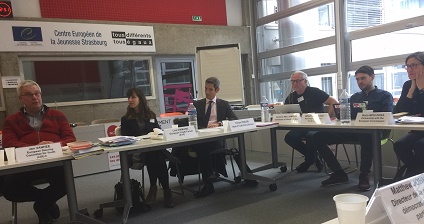 Developing a Common European Youth Work Agenda:  with the approval of the Joint Council on Youth, the task force will support a more dynamic European process of youth work development by drawing up a strong European policy agenda on youth work, to be co-ordinated by the Council of Europe with the European Commission. Member states, the Joint Council on Youth and other stakeholders at all levels will play a proactive role.

To sustain this Youth Work Agenda, the task force will provide guidance to member states on how to improve their youth work policies, based on the policy recommendations in the Recommendation.

A second meeting was held in Budapest on 4 and 5 July 2018. The task force held very fruitful exchanges, discussing in particular the idea and members’ understanding of a common European youth work agenda between the Council of Europe and the European Commission. A number of concrete support measures for the implementation of the youth work recommendation were discussed, for example a youth-friendly version of the recommendation or handbook to help the community of practice with its implementation. The meeting was preceded on 3 July by a preliminary exchange of views on the 3rd European Youth Convention.

During the third meeting in Helsinki on 18 and 19 February 2019, the task force continued its reflections on promoting and facilitating implementation of the recommendation.

In its fourth and final meeting on 3 and 4 October 2019 in Bonn, the task force agreed that the energy and dynamics in the youth work community of practice over the past decade, and particularly in the past two years since the adoption of the youth work recommendation, and the supporting political momentum in the European institutions and in member states had confirmed a strong interest in youth work, and also high expectations towards the European Youth Work Agenda. The task force agreed on recommendations to put to the Joint Council on Youth. 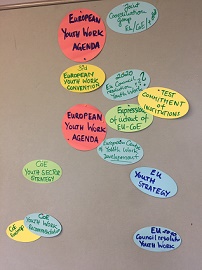 Meetings of the task force

Meetings of the task force

Other Council of Europe events and projects

Other events and projects organised by partners

By Erasmus + and national agencies

By Youth organisations with support from the Council of Europe