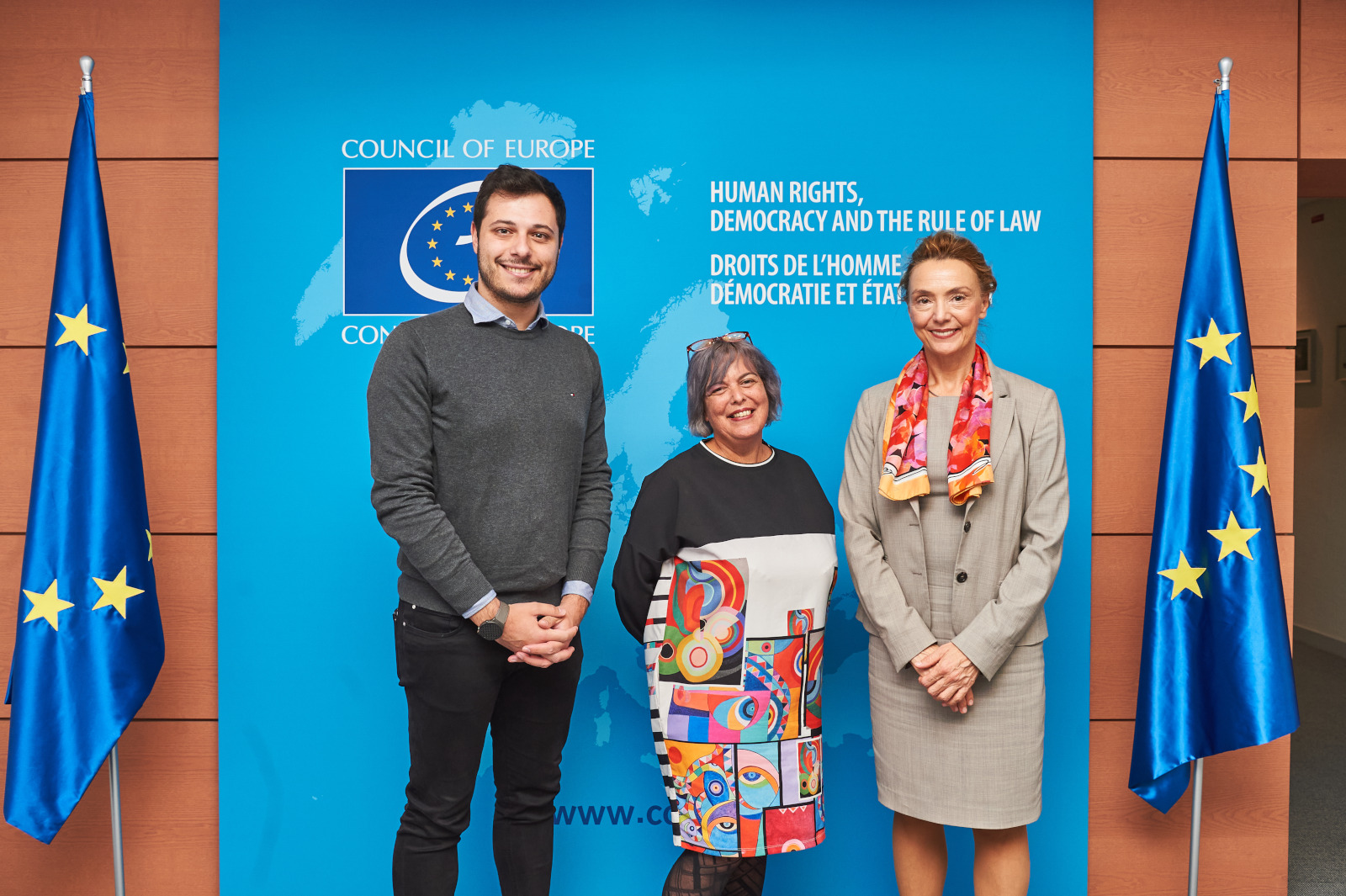 From left to right: Spyros Papadatos, Chair of the Advisory Council on Youth, Miriam Teuma, Chair of the European Steering Committee for Youth, and Marija Pejčinović Burić, Secretary General of the Council of Europe

On the invitation of the chair of the Committee of Ministers’ Group of Rapporteurs on Education, Culture, Sport, Youth and Environment (GR-C), Miriam Teuma and Spyros Papadatos held an exchange of views with the representatives of the member states present.  Underlining the clear distinction of the Council of Europe youth sector compared to those of other international organisations, Miriam Teuma spoke of the unique relationship between the governmental and the youth representatives, combining the evidence-based action of the former to address the needs and concerns of young people highlighted by the latter.  The resulting quality standards for youth policy development and training for young multipliers are grounded in the Council of Europe’s values of human rights, democracy, the rule of law and human dignity.

For Spyros Papadatos, the Council of Europe’s youth sector, by empowering young people, helps to make them agents of change.  The Call for action, the fruit of four days’ work of the 450 participants attending the Democracy Youth Campaign’s Youth Action Week last June, attested to the creativity of young people in shaping policy proposals that correspond to their realities.

The Secretary General, Marija Pejčinović Burić, informed Miriam and Spyros of the importance placed on the youth and education sectors in the High-Level Reflection Group, chaired by Ireland’s former President Mary Robinson. In its report on the future of the Council of Europe, the group wholeheartedly supports the Secretary General’s words at the Youth Action Week (June 2022) where she said “[b]uilding sustainable democracies requires the sustained involvement of youth. Not only because democracies should address the needs of all people, but also because we need younger citizens to be engaged, to be invested and to be ready to defend democracy itself”.  The Secretary General emphasised the need to ensure the inclusion of a “youth perspective” in the Organisation’s intergovernmental and other deliberations by consulting European youth organisations when shaping public policies in any given field.

Miriam and Spyros confirmed the legitimacy of the Advisory Council on Youth as a partner in the Council of Europe’s work thanks to its outreach to young European citizens.  The member states also bring the Organisation’s values directly to young people thanks to initiatives such as the democracy campaign, where they are encouraging young people at the grassroots level to think about how to revitalise democracy.

The two representatives of the youth statutory bodies also had the opportunity to meet Marja Ruotanen who was recently named Director General of Democracy and Human Dignity.