Climate change and environmental rights: strengthening co-operation between the Parliamentary Assembly and the Advisory Council on Youth (CCJ) 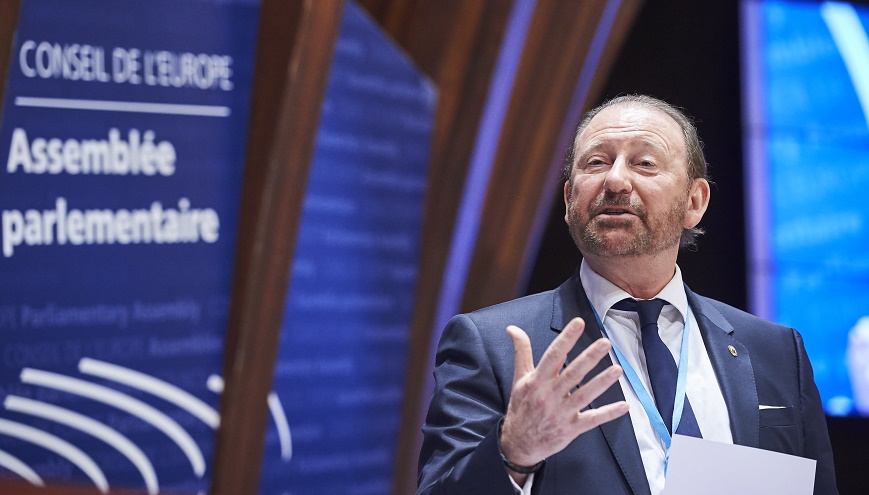 Opening the door to greater co-operation with the committees of the Parliamentary Assembly (PACE), Rik Daems, PACE President, in a meeting with Andrea Ugrinoska, chair, and Mihai Dragos, vice-chair, of the Advisory Council on Youth, invited the CCJ to bring the youth perspective to upcoming PACE reports on the environment, including on artificial intelligence and climate change, addressing inequalities in access to environmental rights, and more participatory democracy to tackle climate change.

Believing the work of the Assembly would greatly benefit from strengthened co-operation with young people, Rik Daems said this youth expertise would enable PACE members to have a far more comprehensive view of these issues, further stating it would allow the Advisory Council to show the added value of having young people on board in the work of the committees.

These subjects are totally in line with the priorities of the Advisory Council on Youth. In June 2020, it organised an online debate for the members of the Council of Europe youth sector’s co-managed statutory body, the Joint Council on Youth, on climate crisis and global governance. As shown by the thousands of students and young people who gathered each week in 2019 to protest for immediate and decisive action to fight the climate crisis, the fight against climate change is a top priority of young people in Europe.

This opportunity to work alongside the parliamentarians from across the 47 member states will ensure the current and future effects of climate change on young people's access to rights, participation and quality of life are addressed in the Assembly’s adopted texts, thus contributing to protecting future generations of young people from the irreversible consequences of climate change.