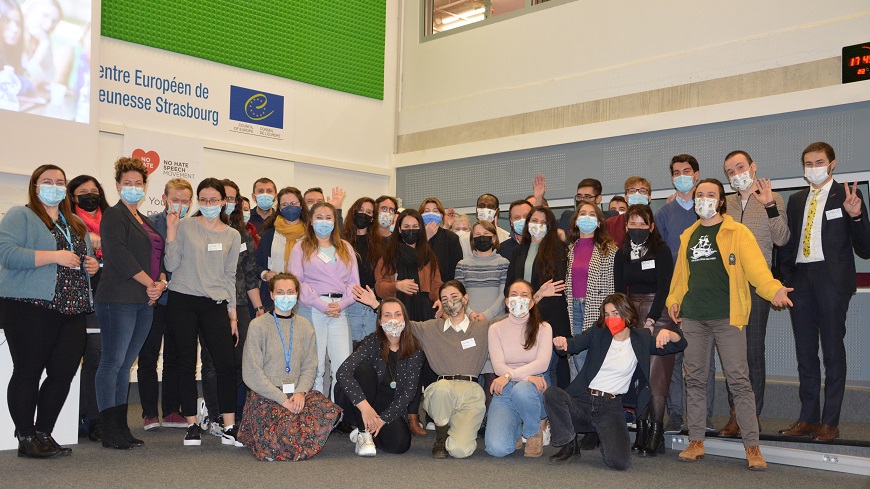 The youth campaign for revitalising democracy is taking shape!

Some 40 youth leaders and representatives of youth structures and youth organisations met at the European Youth Centre in Strasbourg from 23 to 25 November for the inception seminar of the new campaign. The participants reviewed the themes and objectives of the campaign, discussed how to connect and communicate between local, national and European activities and made extensive suggestions for activities covering the three main themes of the campaign: revitalising democracy, meaningful youth participation and digitalisation.

The campaign will run from March to October 2022 and will be based on monthly thematic actions to be designed and carried out at local and national level. Decided by the Joint Council on Youth in October 2021, the campaign aims at to increase young people’s role in the process of revitalising participatory democracy in the Council of Europe and restore mutual trust between young people and democratic institutions and processes.

The main event of the campaign should be a youth event/festival to be held in Strasbourg from 27 June to 2 July which will also mark the 50th anniversary of the youth sector of the Council of Europe.

Youth organisations and institutions are invited to start preparing activities to be included in the campaign programme in 2022. A campaign factsheet and Internet site will soon be available.

Campaign concept note adopted by the Joint Council on Youth