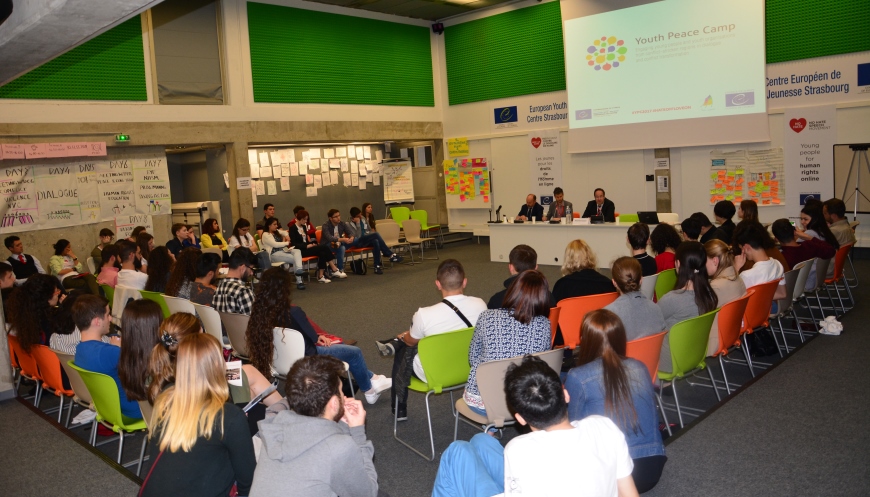 The activity was attended by Gabriella Battaini-Dragoni, the Deputy Secretary General on the 3rd day of the camp, a day dedicated to exploring the meanings and understandings of conflict, and to explaining the Council of Europe’s approach to conflict resolution and peace-building. The DSG’s intervention emphasised the values and principles that underpin the Council’s work. The DSG’s speech was preceded the message by Ambassador Theodora Constantinidou (Cyprus) that was read out for the participants. Alexandre Guessel, the Director of Political Affairs also addressed the participants and dealt with a number of more specific questions on the same day.