How to preserve local democracy in the face of fakes news and hate speech? 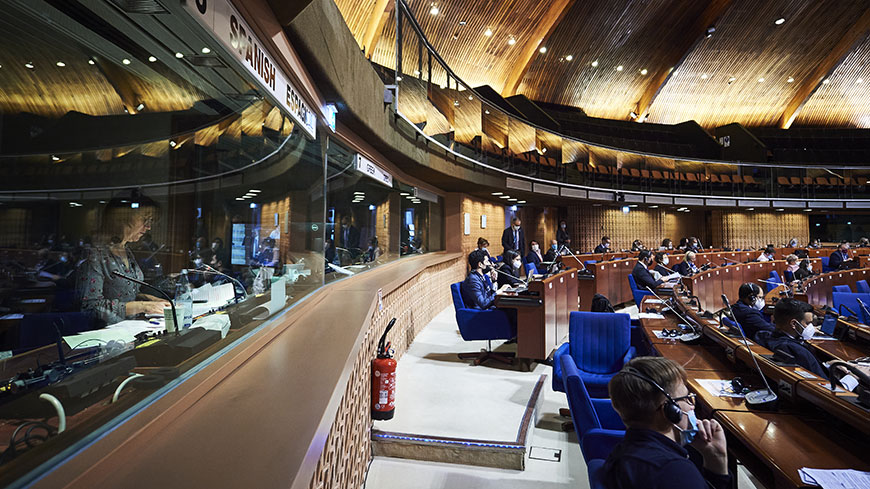 The coronavirus pandemic has exacerbated and made even more virulent the impact of fake news and hate speech, which spread at lightning speed on the Internet and social networks.  But beyond the general observation, the damage of these phenomena is particularly worrying for local political life.  An operational definition must be established as a matter of urgency, taking account of the complexity of the issues so that more effective legal, technical and political solutions can then be identified. That is the aim of the inter-university research project presented by Professor Robert Müller-Török of Ludwigsburg University (Germany) to the members of the Congress at the 41st Session of the Congress of Local and Regional Authorities on 27 October 2021. It will result in a practical handbook and serve as a basis for political discussion and work in the Congress to draw up concrete recommendations.

The research group, bringing together professors and students from five European universities based in Germany, Austria, Hungary, Romania and Slovakia, will first produce a synthesis of the existing definitions of fake news and hate speech from documents of the different Council of Europe bodies and the European Court of Human Rights, adapting these to the reality on the ground, which changes very quickly.  The members of the Congress – local and regional elected representatives of the Council of Europe's 47 member States – will contribute through a questionnaire to gather their own experiences of the Internet.

There will be a special focus on detecting potential sources which have a vested political or commercial interest in disseminating this type of speech, from political adversaries to marketing platforms. Professor Müller-Török pointed out that, in reality, the source was very often automated servers and programmes swinging into action, including in places outside the countries concerned. And even where intentional human and potentially identifiable intervention is involved, the anonymity of those responsible remains protected.

Several of the speakers in the debate stressed the need to limit anonymity for web publications, but this could be damaging to the liberal and democratic consensus in Europe. In this context, the protection of freedom of expression must be a consideration, as well as the tricky distinction between fake news, errors or scientific opinions, stressed Professor Müller-Török.

Bearing in mind too that the criminal codes of the 47 member countries were all different and there was still no legal basis for prosecuting actions of foreign countries on social networks, he believed that the legal instruments for combating fake news and hate speech were somewhat limited. Nevertheless certain countries such as France had recently passed specific laws prosecuting hate speech on the Internet, from which other countries could draw inspiration.

Professor Müller-Török stressed that blocking sites or filtering content, while very costly, was ineffective, and put forward the idea that more open government and access to verifiable scientific data would be more suitable means enabling European democracies to weaken the influence of fake news. The research project would confront these ideas with the realities on the ground, inviting Congress members to contribute to the project via a questionnaire that would enable them to share their experience at grassroots level. The data, facts and good practices gathered in this exercise would then be disseminated through the handbook.

The ensuing debate showed to what extent all local representatives, including those from partner countries such as Morocco, felt the urgent need to come up with tools for combating fake news and hate speech. Some suggested broadening the research group to include universities in their countries (France, Morocco), while others emphasised the need to take account of the specific characteristics of post-conflict situations (Azerbaijan) as well as the involvement of central governments in smear campaigns against local politicians (Moldova), and all the more so given that the project forms part of the series of debates organised over the last few years by the Congress on undue pressure exerted on mayors by central governments, majority parties and other protagonists in their respective communities.

In conclusion, Professor Müller-Török assured the Congress members that the project would seek to take account of specific situations in all countries and, in a subsequent phase, would broaden its work to include other universities.