The Congress of Local and Regional Authorities’ co-operation programme with Morocco is part of the South-Med Partnership and aims to assist Morocco in its decentralisation reforms by providing a platform for the exchange of experience and expertise between Congress members and their Moroccan counterparts, for example through plurilateral meetings and exchange of good practice.

Morocco was the first country to obtain the “Partner for Local Democracy” status from the Congress of Local and Regional Authorities at its 36th Session in April 2019. This status offers the Council of Europe’s neighbouring countries an ideal platform for dialogue and institutional contacts with their European counterparts.

The Moroccan delegation comprises 6 representatives and 6 substitutes who may sit alongside Congress members and contribute to the debates during sessions – albeit without the right to vote – and to the work of its Monitoring, Current Affairs and Governance committees.

The status is inspired by the Partner for Democracy Status of the Parliamentary Assembly of the Council of Europe (PACE), which Morocco has held since 2011 and which allows it to participate in the Assembly's activities.

Morocco has ratified many treaties and is part of several partial agreements of the Council of Europe. It has been a member of the Pompidou Group's Mediterranean Network (MedNET) since 2006, of the Venice Commission since 2007 and of the North-South Centre since 2009. In 2016, 11 Moroccan cities joined the Council of Europe's Intercultural Cities network.

As from 2016, the Congress of Local and Regional Authorities implemented its co-operation activities, including assistance for the development of democratic governance at local and regional level, a study visit of a Moroccan delegation to the Congress in March 2017 and a parliamentary symposium on regionalisation in Morocco organised in collaboration with the Moroccan Parliament in November 2017.

These activities established strong relationships with associations and other relevant stakeholders within the government and the Parliament. This political dialogue resulted in the joint request from the Moroccan Government and associations of local and regional authorities for "Partner for Local Democracy" status, which was accepted during the 36th Congress Session in April 2019.

Morocco benefits from co-operation activities within the framework of the Neighbourhood Partnership, financed by joint programmes of the Council of Europe and the European Union, which aim at promoting dialogue and co-operation with neighbouring countries and regions that wish to co-operate with the Council.

During its 121st Session on 11 May 2011 in Istanbul, the Committee of Ministers approved the Secretary General's proposals concerning the Council of Europe's policy towards its immediate neighbourhood. The document “Neighbourhood Partnership with Morocco 2015-2017”, which contains the action plans for the implementation of this policy, was approved by the Committee of Ministers in 2015 and was followed, in 2018, by the “Neighbourhood Partnership with Morocco 2018-2021”.

Moroccan Delegation to the Congress 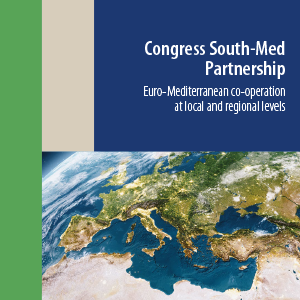 Council of Europe Office in Rabat (in French and Arabic only)

Association of Moroccan Regions (ARM) - in French and Arabic only