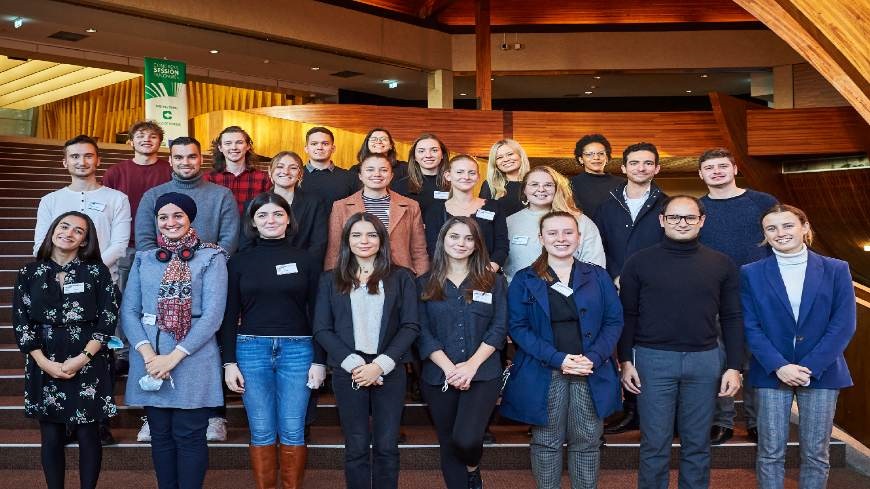 At the 41st Session of the Congress, on 26 October 2021, the youth delegates presented to the members of the Congress the results of the numerous projects they had carried out in 2020 and 2021 despite the pandemic. As part of the "Rejuvenating politics" initiative of the Congress and on the basis of a report on a survey on the involvement of young people in the work of municipalities, they drew up a set of recommendations for local and regional authorities, youth workers and the Congress, calling for, among other things, the application of the revised European Charter on the Participation of Young People in Local and Regional Life.

The projects initiated by the youth delegates in 2020 related to 32 municipalities, directly or indirectly reaching 19 000 people. They involved young people, but also eco-artists, representatives of NGOs, local authorities and politicians. The role of the local authorities that took part in 78% of the initiatives was above all to meet with the youth delegates, take part in the surveys and promote the projects through the media.

Despite the difficulties hampering travel and organisation caused by the pandemic, the Congress youth delegates managed to keep their activities going, almost exclusively online, demonstrating great creativity and ability to adapt to the conditions on the ground. Their initiatives focused in particular on the sharing of experiences and practices in the handling of the coronavirus crisis throughout Europe, as one youth delegate, Vitalii Yaremchuk (Ukraine), explained, as well as combating stereotypes and fake news linked to the pandemic.

Forums, workshops, surveys and discussion groups tackled subjects such as intercultural exchange, mental health and the strengthening of social bonds. "We designed our projects in response to what was needed at grassroots level", said a youth delegate from Romania, Andreea Gheorghita, citing the example of a project aimed at sharing the stories of young ERASMUS + students faced with solitude, far from their families and seeking assistance from local authorities in the middle of a pandemic.

Assessing the participation of young people in the democratic process at local level is in fact one of the primary roles of the youth delegates of the Congress which, in 2021, launched a survey of 40 municipal youth workers and 45 local authority representatives in 25 member countries of the Council of Europe. The youth delegates Lea Hatt (Switzerland) and Lamija Balta (Bosnia and Herzegovina) reported the findings to the members of the Congress, which showed that the level of participation of young people in local politics was higher in the larger towns and cities: 94% of the municipalities with over 500 000 inhabitants had a young person responsible for managing youth affairs and nearly all of them had a youth centre. That said, the revised European Charter on the Participation of Young People in Local and Regional Life was known to and applied by only 24% of those surveyed.

This is what prompted the recommendation that the Congress should do more to promote this instrument that is so valuable for involving young people in the democratic process. The delegates also called on local authorities to strengthen the involvement of young people in decision-making and to provide an autonomous budget for youth projects. They also recommended that young people be involved in the distribution of municipal budgets in general, without forgetting the need for regular assessments of whether youth information channels and action plans are effective. Youth workers themselves are called upon to promote the role of youth councils, centres and clubs in order to encourage them to come up with more initiatives and projects.

The debate shone a light on other challenges for the successful participation of young people in local politics: keeping up with rapidly changing practices of young people on social networks, making political negotiations fully transparent by ensuring swift access to information, helping young people acquire political skills etc. Having young people participate in discussion on general social and political topics also appears to be very important and the involvement of the youth delegates in most of the debates of the Congress is one very good example.

Online registration for MEMBERS and for the PUBLIC

Results of the election