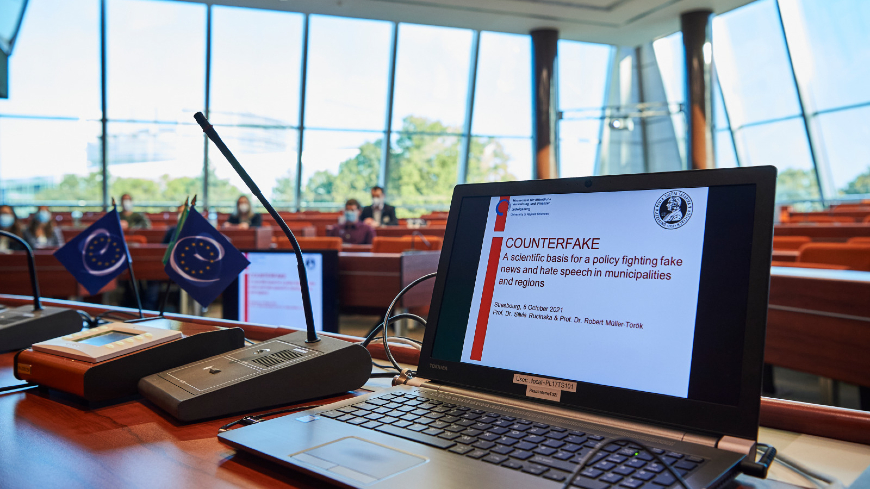 Academia and the Congress launched a four-month collaborative research project on how to fight fake news and hate speech affecting mayors and councillors in European municipalities and regions. At the launching event on 8 October in the Council of Europe in Strasbourg, Congress Secretary General Andreas Kiefer underlined that the results should contribute to discussions on how local and regional politicians could withstand new threats as they arise and evolve and also address the legal and technical aspects.

In recent years, local and regional elected representatives throughout Europe have been faced with the rise of fake news and hate speech, notably the internet and social media. To prevent an erosion of democracy from the inside, we need not only reliable “hardware”, rules and law, but also a compatible “software”, informed politicians who are able to address the challenges.

There will be a project handover to the Congress in February/March 2022.

Secretary of the Governance Committee