The Congress has long been committed to promoting the active participation of young people in civic life as a means of securing social cohesion and anchoring democratic principles in a society based on respect for human rights. This approach was borne out by the adoption of its European Charter on the participation of young people in municipal and regional life in 1992.

But as highlighted in the Congress report on “Youth and democracy: the changing face of youth political engagement”, in the 21st century, young people are engaging differently. There is a wide gap between political institutions’ and young people’s understanding of participation. During the Congress’ 2014 conference on promoting youth participation, it became clear that institutions have difficulty in grasping not only what these new forms of youth participation are but also the issues that mobilise young people. For their part, young people are facing unemployment, job insecurity, difficult transitions to work and adult life. They are increasingly disenchanted and feel marginalised from the political process.

The active participation of citizens in democratic structures and representative institutions is decisive in guaranteeing the legitimacy, credibility and operation of democratic systems. The Congress is cooperating with young people and local and regional authorities to find a way forward towards achieving the meaningful participation of young people. 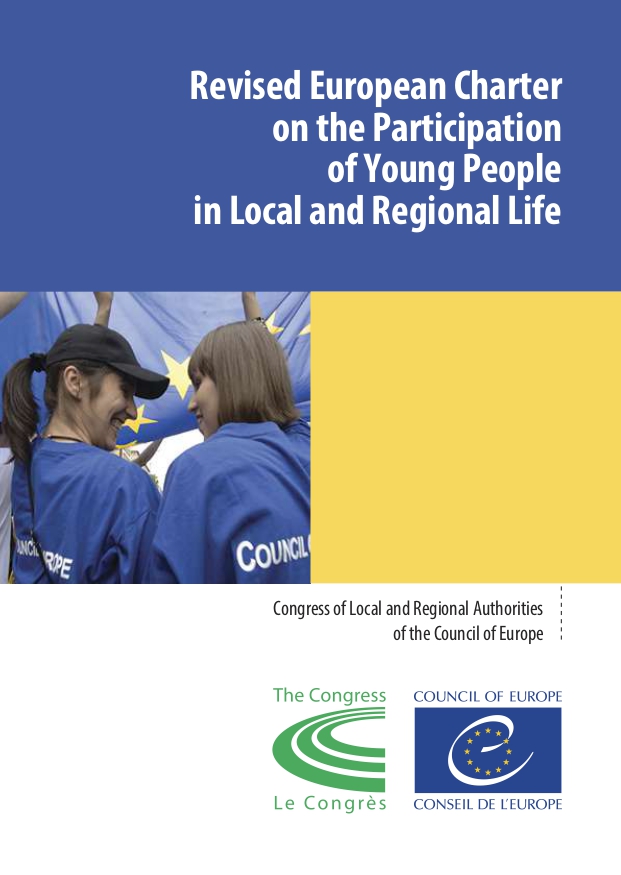 Young people must be included in democratic structures and processes, have their voices heard and make decisions on issues that impact on them and their lives. Their active participation is essential if we are to build more democratic, caring and prosperous societies.

The Congress of Local and Regional Authorities of the Council of Europe is convinced that it is at local and regional levels that a culture of youth participation can most efectively take root and thrive.

The revised Charter contains principles, best practices and guidelines to enhance youth participation at local and regional levels. It also sets out the basic requirements for this participation to be meaningful, i.e. young people must have the necessary rights, means, space, opportunity and support.

Other publications of the Youth Sector, on the Revised European Charter on the Participation of Young people in Local and Regional Life

Since October 2014, the Congress has invited young people from different backgrounds to take part in its sessions, to have their say in the debates and to exchange with Congress members on the issues on the agenda.

How to become a youth delegate?