Gudrun MOSLER-TÖRNSTRÖM : “Languages are an essential tool for democratic participation” 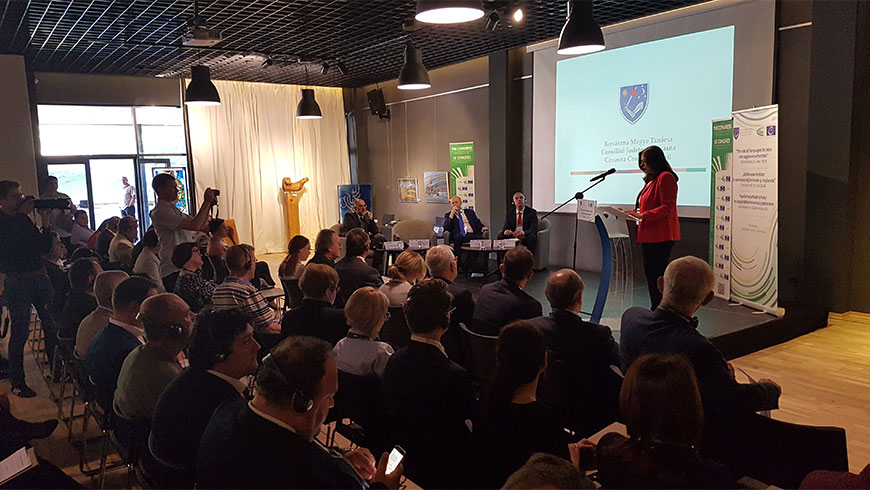 « The use of languages is an issue that comes up frequently in the work of the Congress, in particular, during our monitoring of the implementation of the European Charter of Local Self-Government,” stated Gudrun MOSLER-TÖRNSTRÖM, Congress President, at the opening of the Conference on “The use of languages by local and regional authorities”, in Covasna County, Romania, on 31 May 2018.

Language issues have featured in several recent complaints received by the Congress with regards to the application of the Charter. Even though it does not contain any provision that expressly mentions the use of languages, its Article 7.1 provides that “the conditions of office of local elected representatives shall provide for free exercise of their functions” and the right of citizens to participate in the conduct of public affairs is referred as a democratic principle in the preamble to the Charter.

“In some European municipalities, local councillors cannot, by law, comment in their mother tongue on a point on the meeting agenda of a local council, even though the majority of local residents speak the minority language,” stressed the Congress President. “Similarly, when members of a linguistic minority cannot express themselves or communicate with local and regional administrations in their own language, they are not really able to take part in local affairs, or to use public services in an effective way, in particular in the field of social services,” she added.

“For us, as local and regional authorities, an important issue is surely that our citizens can fully participate in the life of their neighbourhood, town, city and region. And to participate you need to be able to communicate.  Language is at the heart of that,” she concluded.

The Conference was organised on the occasion of the 20 years of the coming into force of the European Charter for Regional or Minority Languages. The President of the Congress encouraged the member states, which have not yet done so, to ratify this treaty, which the Congress played a key role in bringing into existence.