Conference on "The use of languages by local and regional authorities" 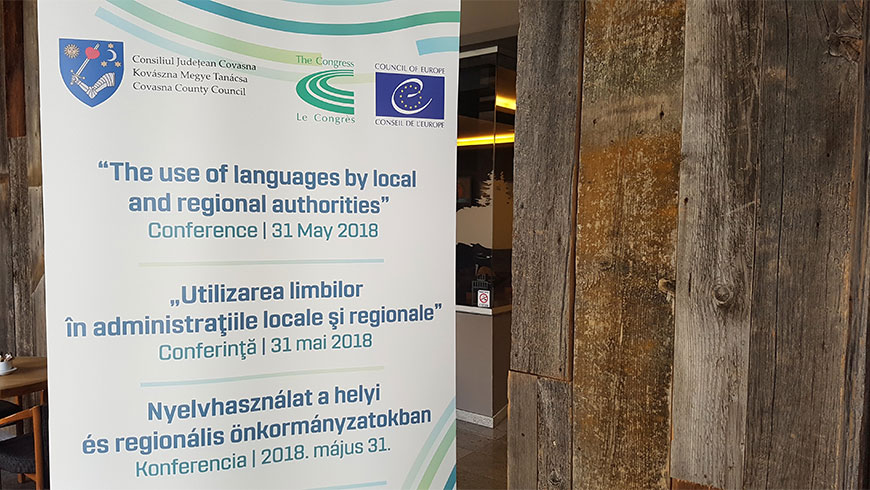 To mark the 20th anniversary of the European Charter for Regional or Minority Languages, and as part of the preparation of a report on “The use of languages by local and regional authorities”, the Council of Europe Congress held a conference on this theme at the Grand Hotel Bálványos Conference Centre, Covasna County, Romania, on 31 May 2018.

The main question on the agenda was how linguistic diversity can be handled by local and regional authorities to the benefit of all concerned. The debates were divided into four thematic sessions on language use in: 1) Local and regional assemblies; 2) Interaction with the administration and citizen participation; 3) place names; and 4) access to public services.

These issues are especially relevant in those member states which have significant linguistic minorities. The Congress has received several complaints on such issues with regard to the implementation of the European Charter of Local Self-Government.

The Conference was organised by the Congress’s Governance Committee and hosted by Covasna County Council. It was opened by Congress President, Gudrun MOSLER-TÖRNSTRÖM; the Romanian member of parliament and former Minister of Culture and President of the Democratic Alliance of Hungarians in Romania, Hunor KELEMEN; the Chair of Covasna County Council, Sándor TAMÁS; and the Mayor of the City of Sfântu Gheorghe, Árpád András ANTAL. 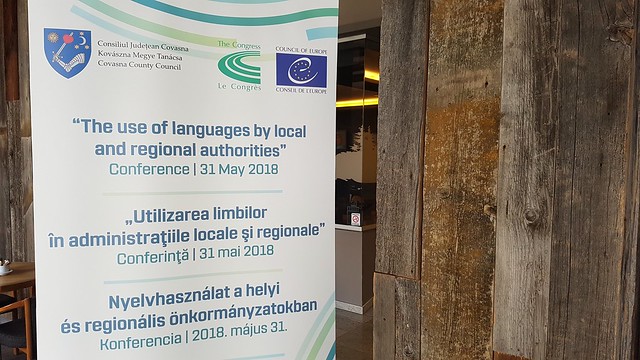