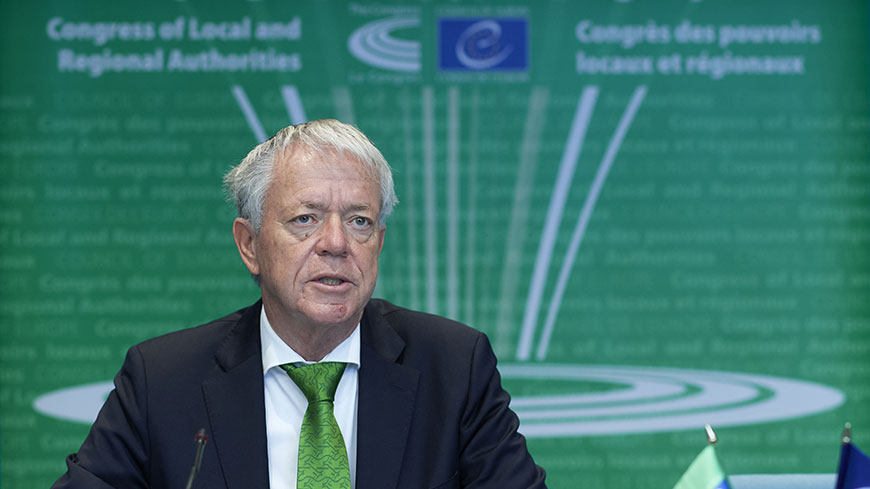 Further to his statement of 15 March 2022 concerning the abduction of the mayors of Melitopol and Dniprorudne, Zaporizhya oblast, and the Congress Declaration adopted on 24 March 2022, the President of the Congress of Local and Regional Authorities of the Council of Europe, Leendert Verbeek, made the following statement regarding the war in Ukraine:

I pay tribute to local leaders for their key role in addressing the daily challenges of citizens in their cities, towns, and villages.

I urge the Russian authorities to immediately cease the hostilities, withdraw their troops and stop the abuse of human rights and violations of international law. Existing infrastructure must be preserved, and humanitarian corridors must be maintained for safe evacuation of all settlements under siege.

I wish to reiterate our full solidarity with Ukraine and its people and deplore the loss of lives and the damaging consequences of this unjustified aggression which has caused an unprecedented number of refugees and internally displaced persons not seen on the European continent since the second World War.”

Following the statement made on 29 March 2022 by Vitaliy Klitchko, Chair of the Association of Ukrainian Cities (AUC) and Mayor of Kyiv, Congress President Verbeek reiterated that the Congress stands in solidarity with AUC and will continue to support Ukrainian local and regional authorities and the elected women and men serving their populations as mayors and councillors.