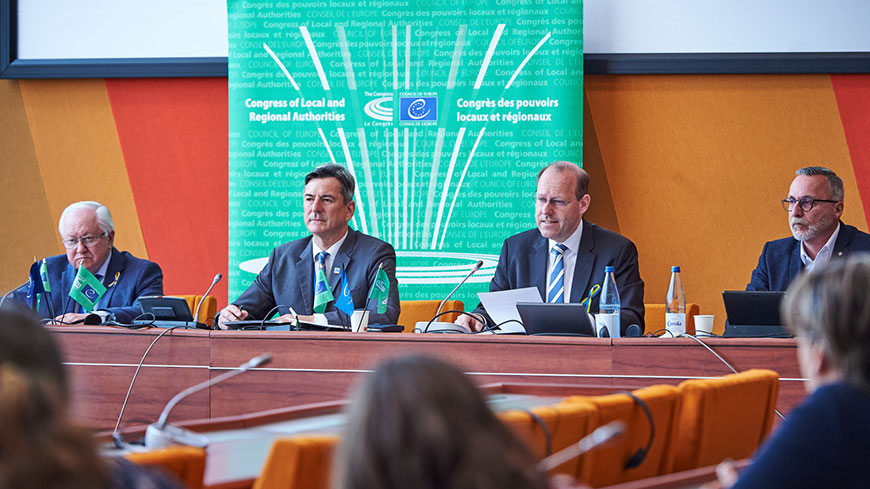 A new matchmaking online platform, Cities4Cities, developed to help Ukrainian cities was launched in Strasbourg today. The platform is a free online exchange tool; it allows local authorities in Ukraine and in the rest of Europe to share their needs and offers related to local infrastructure and get in direct contact to receive practical help.

Bernd Vöhringer explained that the need for co-ordination of support action coming from the local level became very clear to him after the visit in the end of March to the Polish twin city of Sindelfingen, Chełm, situated near the Ukrainian border where he saw first-hand the “urgent need for material, financial and human resources support”. “The platform will be a place to match the demands/needs of Ukrainian cities with the capacity, know-how and supply of other European cities,” he noted, “It will enable faster and more efficient support to our Ukrainian friends and partners”.

Secretary General of the Congress, Andreas Kiefer, said that the Congress “welcomes the efforts of local and regional authorities of the member States of the Council of Europe and their associations in support for their Ukrainian counterparts and citizens”, and the Cities4Cities initiative is an example of such result-oriented solidarity action at the local level. “In the recently adopted Declaration the Congress stressed that democracy, multilevel governance and human rights are stronger than war, and reiterated its firm stand by Ukraine and its people”, Kiefer concluded.

Ambassador Borys Tarasyuk, Permanent Representative of Ukraine to the Council of Europe, stressed that the initiative will serve well the purpose of providing practical assistance to the most vulnerable, amidst the immense human tragedy and challenges, and will complement the political support and solidarity expressed by the Congress of Local and Regional Authorities and the Council of Europe as a whole.

The platform Cities4Cities was developed and is maintained by the IT Company STAR co-operation.

Cities4cities  - A matching platform for Ukrainian and other European Cities, sponsored by the Congress