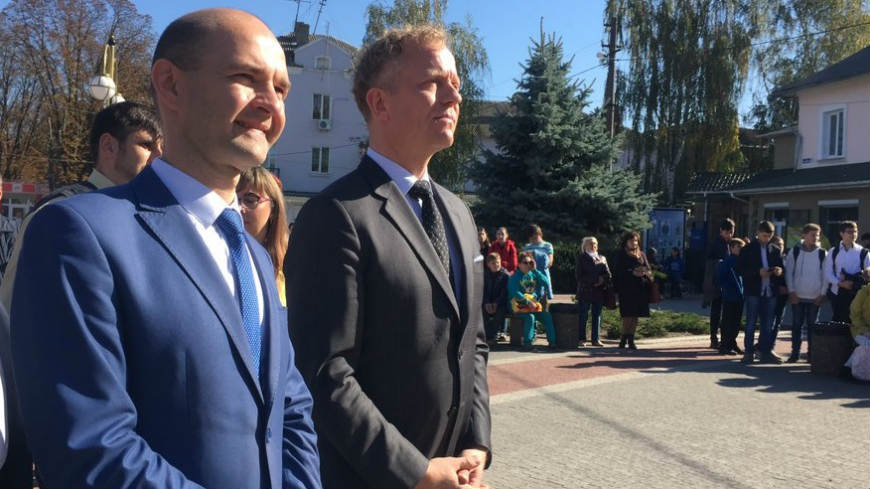 On the occasion of its third consecutive participation in the European Local Democracy Week, the City of Fastiv brought together, on 11 October 2018, local elected representatives and young local leaders from eight regions of Ukraine to share their experiences and examples of good practice in implementing projects on citizen participation and transparent governance in their communities.

Among other examples, a Youth Council was initiated by students and young activists of Fastiv, Kyiv region, to implement projects which involve all community members, such as exhibitions, charity markets, as well as festive and educational events in local museum. Also, the Youth Council created a “Woman Space” to bring together women who would like to play an active role in the community life.

In Chuhuiv, Kharkiv region, the Youth Hub CITY serves a meeting place for young people to organise workshops and debate with political leaders, sportsmen and writers. Here, young people are also discussing ideas of common interest which could be applied as part of the participatory budgeting programme of the city.

Mykhailo NETYAZHUK, Mayor of Fastiv, expressed his commitment to youth and child engagement, and to support projects initiated and implemented by young community members together with the municipal council. In the same vein, Oleksandr YAREMA, Deputy Minister of Youth and Sport of Ukraine, underlined the importance of civic education for young people as a means to foster their participation in decision-making processes at local level.

In addition, Мårten EHNBERG, Head of the Council of Europe Office in Ukraine, stressed that this exchange network of local activists and politicians –initiated within the Congress project ‘Promoting local democracy in Ukraine’ (2015-2017)– as well as their determination and commitment to leading the change in their communities, has certainly contributed to ensuring the sustainability of the results achieved by the Congress programmes in Ukraine.

The event was organised as a follow-up to the activities implemented from 2015 to 2017 within the Council of Europe Congress project ‘Promoting local democracy in Ukraine’ and the European Local Democracy Week, which aims to foster citizen participation and promote democracy at the local level. Thus, during the week of 15 to 21 October 2018, European local and regional authorities and their associations are encouraged to organise participatory events to celebrate local democracy as a shared value across the European continent.