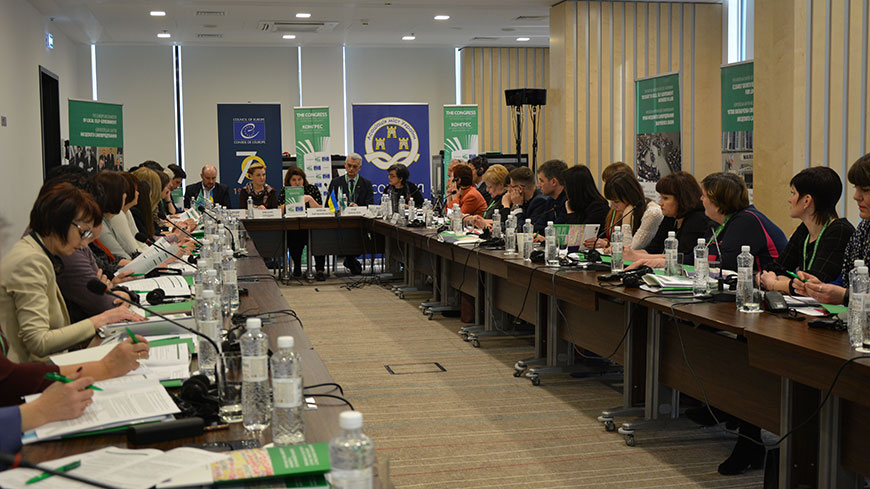 The Congress and the Association of Ukrainian Cities (AUC) co-organised on 14-15 March 2019 in Kyiv, Ukraine, the round table “Gender Equality and Open Government for Stronger Local Democracy”. This event brought together 50 Ukrainian local elected representatives and public officials as well as representatives of the Parliament and the Government of Ukraine to discuss approaches for accelerating gender equality and driving change through open government and gender-sensitive policymaking.

Participants shared experiences on gender equality and “Open government” based on transparency, participation and accountability. They also exchanged views with representatives of the Municipality of Bečej, Serbia, and the City of Girona, Spain, who presented their process towards the signature of the European Charter for Equality of Women and Men in Local Life, and the subsequent adoption of equality action plans. They stressed that gender equality requires collective action to bring about sustainable change and to develop effective policies for the whole community.

Through a series of group sessions, Ukrainian and international participants identified gender budgeting, fighting stereotypes and misconceptions, as well as collecting gender-disaggregated data as the main priorities for the realisation of gender equality action plans at local level, which should be complemented with the implementation of open government mechanisms, in particular regular consultations and participative decision-making at all stages.

The Congress and the AUC will continue supporting Ukrainian local authorities in the implementation of gender equality, exploring the linkages with open government and accompanying them in the implementation of the UN Sustainable Development Goals 5 (Gender Equality) and 16 (Peace, justice and strong institutions) and the commitments to the Fourth National Action Plan of the Open Government Partnership.

The round table was organised within the Open Gov Week (11-17 March 2019) and the project “Strengthening democracy and building trust at local level in Ukraine”, implemented by the Congress of Local and Regional Authorities within the Council of Europe Action Plan for Ukraine 2018 – 2021. The project aims to improve the quality of local democracy in Ukraine by strengthening institutional frameworks and by supporting local authorities and their national associations in their efforts to promote ethical decision-making and more citizen-oriented, inclusive and transparent local governance. 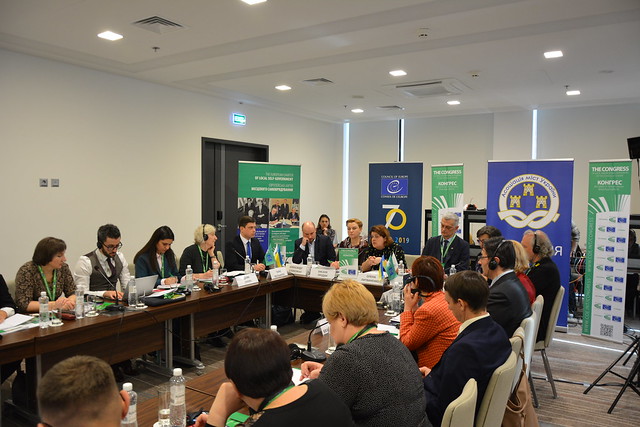