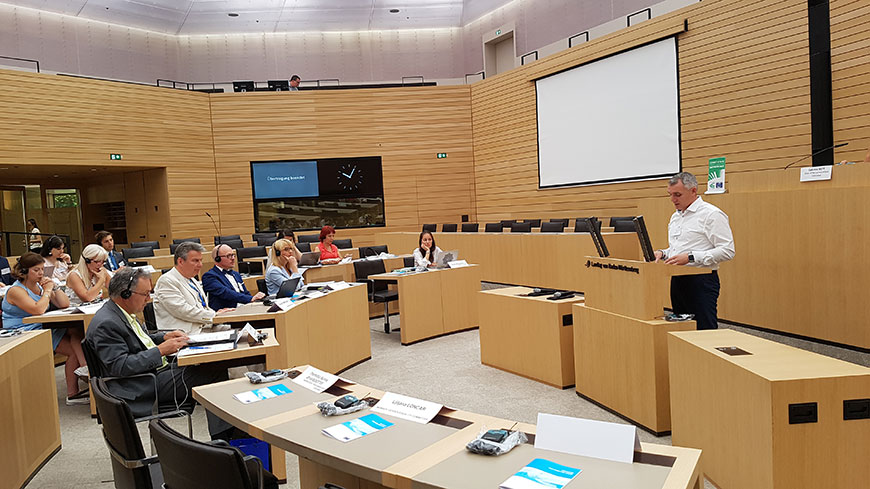 In 2018 alone, 28 million people from 148 countries were internally displaced due to an increasing number of conflicts and natural disasters. The members of the Current Affairs Committee examined a draft report on this topic, entitled “The role of local and regional governments in protecting internally displaced persons (IDPs)” during their meeting on 28 June 2019 in Stuttgart, Germany.

“Mass displacement of populations represents a global issue which should concern everyone”, stated co-rapporteur Oleksandr SIENKEVYCH (Ukraine, ILDG). Europe is also affected by the issue, especially in member States such as Ukraine and Georgia as a result of conflicts with the Russian Federation. “It must be kept in mind that no territory is immune from the risk of mass displacement, and the actual pace of climate change will lead to more disaster displacements in the future”, warned the co-rapporteur, stressing the need to value IDPs in the same way as refugees and migrants.

The report underlines the crucial role that local authorities play in the integration and participation of IDPs in the public and political life. They must be provided with protection, humanitarian assistance and access to basic services such as healthcare, housing, education and employment on one hand, and ensured the right to return to their homes in safety on the other.

It is also fundamental to raise awareness among the host population and build a positive discourse about IDPs, which will help achieve social cohesion and prevent discriminatory discourses. Additionally, the report proposes the creation of an evidence base for local action on internal displacement.

The resolution and the recommendation will be submitted to the Congress for adoption during its 37th Session (29-31 October 2019) in Strasbourg, France.