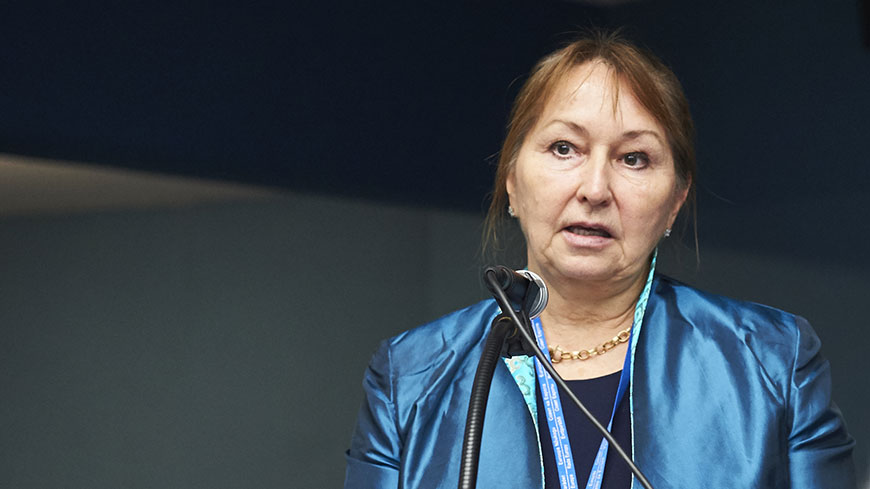 At the 3rd European Conference on Democracy and Human Rights, organised in Kristiansand, Norway, on 5 May 2022, which is the day to mark the 73rd anniversary of the foundation of the Council of Europe, Congress Vice-President Gunn Marit Helgesen (Norway, EPP/CCE) underlined the importance of defending human rights, in particular against the backdrop of Russia’s war against Ukraine shaking Europe’s order. Ms Helgesen, who is also President of the Norwegian Association of Local and Regional Authorities (KS), pointed to the specific role of local authorities in this respect.

“In their different functions, mayors and councillors are responsible for a variety of public services related to education, health, housing, infrastructure, among other things. This entails their obligations to comply with a variety of human rights. They must ensure the respect of principles of non-discrimination, equality, and democratic participation” she said.

The specific contribution of the Congress of Local and Regional Authorities of the Council of Europe is to equip local governments and their administrations with tools to adopt a human rights-based approach to local policies, the Vice-President explained, highlighting the series of "Human Rights Handbooks for local and regional authorities" published by the Congress. “This is a concrete tool to encourage municipalities and regions to take advantage of their proximity to citizens through best practice examples and practical recommendations”.

So far, two volumes of the Congress Human Rights Handbooks have been published, focusing on non-discrimination and social rights. A third volume, set to be published in October 2022, will address the role of local authorities in tackling climate change. The impact of new technologies and artificial intelligence on human rights at local level will be at the centre of a fourth volume planned for 2023.

Lastly, she underlined the importance of defending Human Rights in Europe and standing firmly in solidarity with Ukraine and its people. “Our European order - based on peace, unity, human rights and democracy - has never been challenged more profoundly than through the Russian war waged against Ukraine” she stressed. “The major crises we are going through, in particular the current pandemic and Putin’s war in Ukraine, have emphasised the prominent role of mayors, city councillors and regional governors in Europe”, the Congress Vice-President concluded.

The third European Conference on Democracy and Human Rights is hosted by the City of Kristiansand on 5 May 2022. The conference is organized jointly with the Council of Europe, the University of Agder, Kilden Performing Arts Centre, Sørlandets Kunstmuseum (SKMU), Arkivet Peace and Human Rights Centre, Cultiva Foundation, and Agder County Council. The conference venue is Kilden Performing Arts Centre.