français
Europe’s towns, cities and regions need enhanced political and budgetary powers to prevent inefficient forced recentralisation in times of crisis, was the main conclusion of the debates on the impacts of the pandemic held by the Chamber of Local Authorities and the Chamber of Regions during the 40th session of the Congress (15-17 June 2021)
40th Session Strasbourg, France 16 juin 2021 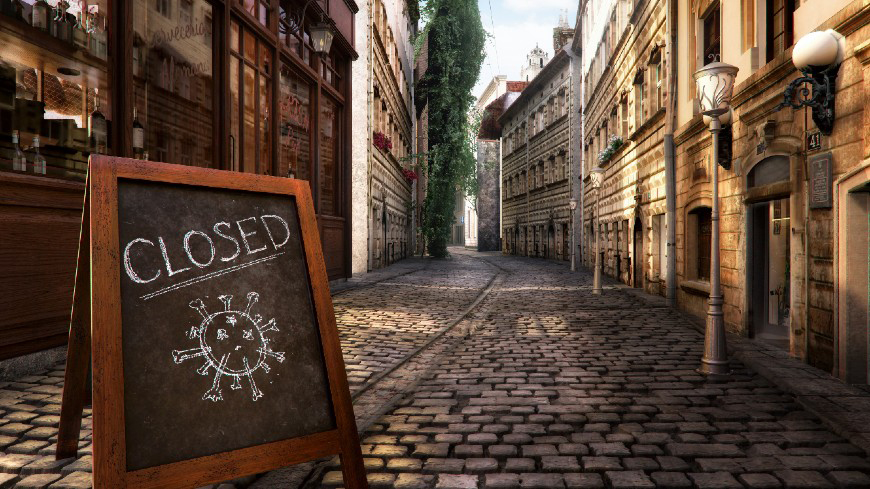 Europe’s towns and cities will not be the same after the COVID-19 crisis and that’s all the better!  As Bernd Vöhringer, President of the Chamber of Local Authorities, said, assessment of the impact of the pandemic was an opportunity for the Congress to update its “Manifesto for a new urbanity”, taking account of the priorities which the pandemic had highlighted, in particular striking a new balance between urban and rural areas against the background of increased attractiveness of places close to nature, the roll-out of a real digital revolution in local democracy, the swift development of smart, green cities and the reduction of inequalities and the digital divide.

In their statements, the mayor of Prague, Zdenek Hrib, and the mayor of Haβmersheim (Baden-Wurttemberg), Michael Salomo, stressed the importance of green policies in post-Covid recovery strategies.  Above all, the crisis had refocused their priorities on reducing inequality in access to housing and on the need for residents’ interests to be central to municipal policies.  This was the case, for example, of Prague’s new tourism policy that focused on developing sustainable tourism that was economically and socially viable for the city’s residents.  Digitisation of municipal services through residents’ portals and e-government were both key challenges, in particular to get young people involved in public life.  It was also necessary to combat social inequality because, as Michel Salomo said, “those left by the wayside today will lose faith in democracy in future”, this applying in particular to SMEs, young people, elderly people who did not have the same access to digital technology and disadvantaged groups, etc.

The guest speaker, Prof. Robin Hambleton, author of “Cities and Communities Beyond COVID-19. How Local Leadership Can Change Our Future for the Better”, confirmed that post-Covid strategies had to address the complexity of health, economic, environmental and social challenges in parallel, not separately.  The importance of living environments, as centres of attention for citizens and politicians, highlighted the vital role of local authorities in democratic terms.  It was therefore necessary to draw inspiration from operational models like the One City Approach in Bristol (www.bristolonecity.com), where digital technology had played a vital part in involving volunteers in tackling the crisis, while not forgetting the key input of two young elected representatives, aged 17 and 18, who were assistants to the mayor and had made a real contribution to defining the priorities of municipal policy in times of crisis.

However, the ambitious policies of towns and cities that had dealt with the crisis at grassroots level often came up against attempts at forced recentralisation by central governments.  Many contributions to the debate from members of the Chamber of Local Authorities, such as those of Barbara Toce (Italy, SOC/G/PD), Bryony Rudkin (United Kingdom, SOC/G/PD) and Dr Hasan Akgün (Turkey), etc., stressed the need to ensure the political and financial autonomy of towns and cities, which should have more direct access to EU recovery funds.

The issue of stalled decentralisation was taken up still more strikingly by regional leaders during the debate on 16 June on regions’ role in ensuring an appropriate response to the pandemic.

Having been particularly hard hit on account of their key areas of responsibility (business, health, transport and environmental sectors, cross-border areas and the holding of local and regional elections), regions had often met with a lack of understanding from central government authorities.  “Regions were trapped between a rock and a hard place, between central governments and dissatisfied citizens”, said Karl-Heinz Lambertz, President of the Association of European Border Regions (AEBR).  In his view, the hasty decisions by many governments to close borders without taking account of cross-border economies had been very serious mistakes which threatened to cause negative long-term consequences for local economies and also for understanding between citizens in border regions.  He believed that the Congress should play a crucial part in quickly building third-generation integrated cross-border regions so as to prevent the collapse of democratic achievements.  To defend the latter, recourse should be had to legal proceedings whenever necessary, according Rohr Reinhart, President of the Parliament of Carinthia in Austria, who sounded the alarm about a real threat to democracy in Europe.

“Turn the crisis into an opportunity to do better than before” was the approach stressed by Magnus Berntsson, President of the Assembly of European Regions (AER) and member of the Congress.  In his view, building on the optimism of the recovery to implement solutions that had proven effective at regional level would be the best guarantee of success in the future.  In particular, he referred to the Catalonian economic recovery plan, which actively combated social inequality, the “House of Digitisation” in Lower Austria, which had networked businesses and government to tackle the crisis more effectively, and the involvement of business and civil society in regional policies during the pandemic in Sweden.

Lastly, Gustavo Matos Exposito, President of the Conference of European Regional Legislative Assemblies (CALRE), focused on regions boosting public services, in particular in the area of healthcare.  In his view, as “nerve connections” which gave shape to the European project, local and regional authorities should be given expanded powers, in particular in terms of implementing European legislation on post-Covid economic recovery.

The debates therefore strongly advocated the establishment of more effective multitier governance that was genuinely capable of upholding the principle of solidarity and compliance with the Congress’s Charter of Local Self-Government.  Participation by young people in local and regional democratic life was illustrated, in particular, by the contributions of the youth delegates, Léa Hatt (Switzerland), Vadim Kuznetsov (Russia), Krystyna Bragiel (Poland) and Elisha Winckel (Luxembourg).