Thomas Andersson: “Local authorities and NGOs must co-operate to reconcile citizens and politics” 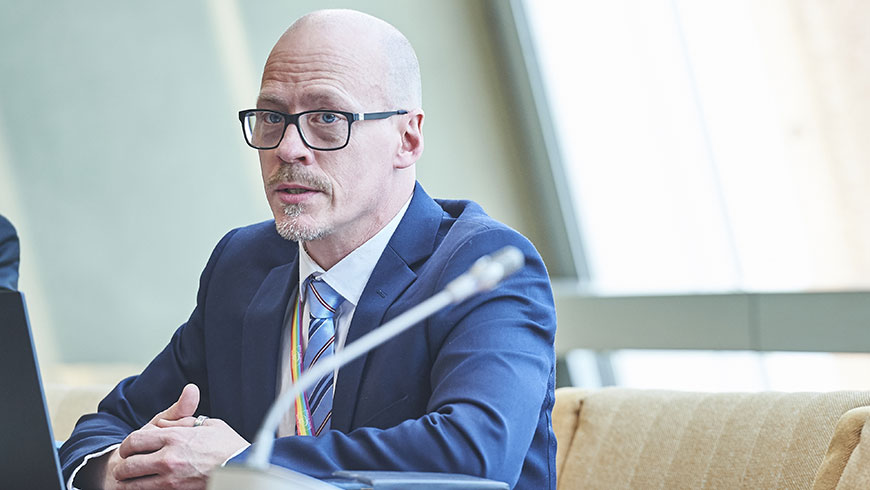 “In a context of decreased civil participation in politics, a more open, transparent and regular dialogue with citizens, especially young people, is needed”, stated Thomas Andersson (Sweden, ILDG) at the Assembly of European Regions (AER) debate “REGIONerating Europe” on 8 October 2019 in Brussels. Mr. Andersson, Congress rapporteur on civil participation and thematic spokesperson on youth, stressed that “democracy is a process that develops from bottom to top. The local level must be the first to promote citizens’ greater involvement, both in terms of voter turnouts and membership in political parties”.

“To accomplish this, it is essential for local and regional authorities to establish a constructive dialogue with NGOs, ensuring that their concerns are systematically taken into consideration. Independent NGOs can influence the political agenda because they do not only help identify citizens’ issues and transmit them to public authorities, but they also play a key role in implementing new policies and then in assessing the implemented policies”, he explained, adding that a closer co-operation with NGOs could result in a more efficient response to emergency situations such as the migration crisis.

Mr. Andersson also presented the revised “Code of Good Practice for Civil Participation in the Decision-making process”, the result of a joint effort by the Congress and the Conference of INGOs of the Council of Europe. The revised Code proposes to create a “toolkit” – an inventory of good practices - which will provide guidelines for local and regional authorities to facilitate civil participation in political decision-making processes. The work on the new Code, which highlights the principles of transparency, accessibility, gender equality and non-discrimination, contributes to the United Nations Sustainable Development Goals, in particular SDGs 11 and 16. The Code will be submitted for adoption at the 37th Congress Session (29-31 October 2019).

See also: Current Affairs Committee: Revision of the Code of Good Practice for Civil Participation in the Decision-making Process