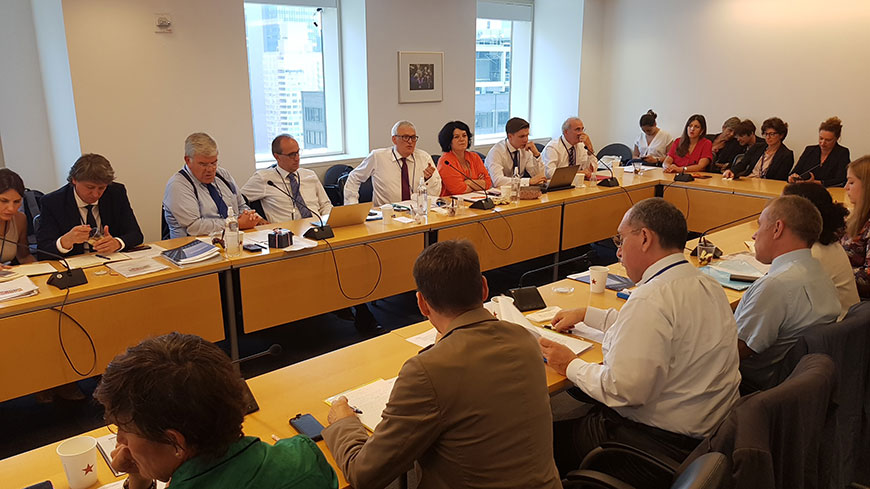 A delegation of 17 local and regional elected officials, including Congress President Anders Knape, actively participated in several thematic debates at the High Level Political Forum, at the United Nations in New York, as part of the PLATFORMA network, which brings together local and regional authorities and their national, pan-European and global associations.

On 16 July 2019, the President of the Congress addressed the session entitled "Local Action for Global Commitments", which focused on the territorial dimension of the SDGs and the question of their financing at the local level.

He also took part, on 17 July, in a "Voluntary National Reviews Lab" aimed at examining progress at the national level but also how national governments can support the localisation of the SDGs by engaging local governments and local stakeholders in the process and integrating local data into their strategies.

On the same day, the President of the Congress met with UN Secretary General António Guterres at a meeting with the delegation. During this exchange, the delegation stressed the need for a transformation of governance and the various decision-making mechanisms and highlighted the importance of taking into account the territorial dimension, in particular in view of the Political Declaration of the SDGs Summit scheduled for September 2019.

The Congress' approach to the Sustainable Development Goals is based on three key principles: achieving SDGs is the shared responsibility of all levels of government; local and regional authorities must have the necessary competences and financial autonomy to achieve the goals in their respective areas; citizens must always remain at the heart of the action.