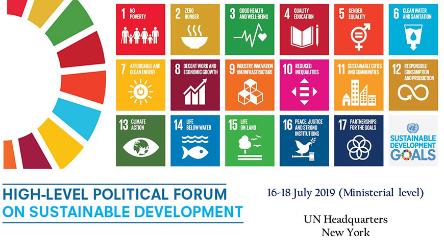 The President of the Congress of Local and Regional Authorities of the Council of Europe, Anders KNAPE, participated from 16 to 18 July 2019 in the ministerial segment of the High-Level Political Forum on Sustainable Development, organised in New York under the auspices of the United Nations... 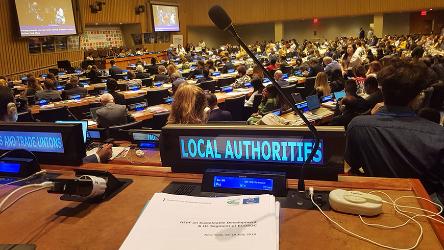 The Congress implements Sustainable Development Goals (SDGs) by promoting inclusive societies based on human rights and citizens’ rights. As the sole body responsible for monitoring the application of the European Charter of Local Self-Government, it regularly assesses the quality of territorial... 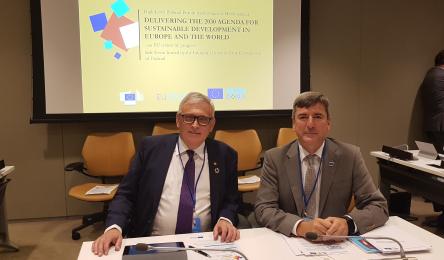 SDG Summit: “Involving cities and regions in the implementation of the Sustainable Development Goals”

EU Commissioners Karmenu Vella and Neven Mimica informed the global community, on 18 July 2019, on how the Agenda 2030 on sustainable development was being implemented by the European Union, on the occasion of the United-Nations High Level Political Forum in New-York. Congress President Anders... 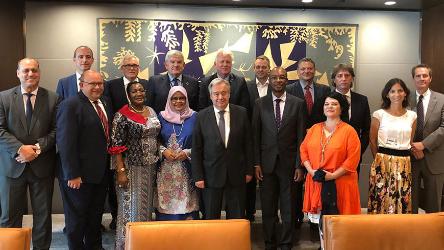 The President of the Congress, Anders KNAPE, met the Secretary General of the United Nations, António Guterres, on 17 July 2019 during a meeting with a delegation of local and regional elected representatives from several countries. In their message, the members of the delegation stated that... 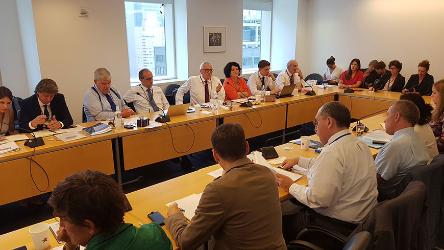 A delegation of 17 local and regional elected officials, including Congress President Anders Knape, actively participated in several thematic debates at the High Level Political Forum, at the United Nations in New York, as part of the PLATFORMA network, which brings together local and regional...

Video of the statement by Andreas Kiefer, Congress Secretary General, at the closing session. 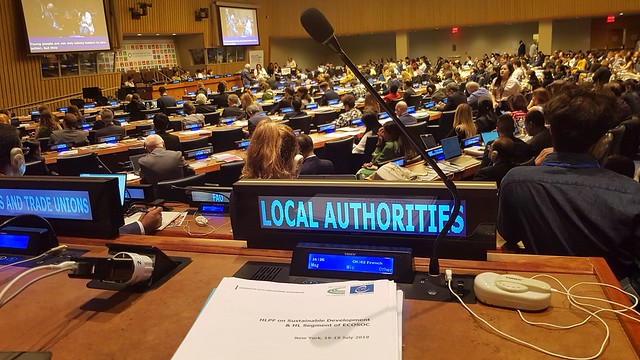 The Congress contributes to the fulfilment of SDG 4 by promoting inclusive and sustainable societies, and fostering local democracy, based on integration, intercultural and interreligious dialogue as well as democratic citizenship.

Education is an essential part of a democratic and sustainable society, allowing to form active citizens. Education is a necessary tool for citizen life, to build a diverse and inclusive society, to change mentalities, to raise awareness of social matters such as gender equality. It is also a bulwark against hatred and prejudices. In addition to improving quality of life, access to inclusive education can help developing solutions to the world’s greatest problems.

The Congress encourages public authorities to make education accessible to all: free, equitable and of quality. In relation with the SDG 4, the Congress adopted several texts on topics such as:

The Congress contributes to the fulfilment of SDG 8 by promoting inclusive and sustainable societies, and fostering local democracy, based on social rights, equality, integration, fighting poverty and exclusion.

For a society to reach an inclusive and sustainable economic growth, conditions must be created to allow people to have quality jobs that stimulate the economy while not harming the environment. An equitable work environment must be ensured and growned and it must include all members of the society.

The Congress has adopted texts relating to the economic inclusion on topics such as:

The Congress contributes to the fulfilment of SDG 10 by promoting inclusive and sustainable societies, and fostering local democracy, based on human and social rights, integration, citizen participation as well as democratic citizenship.

To reduce inequality, policies have to be put in place to empower and promote the social, economic and political inclusion of all. Inequalities can take different forms: social exclusion is one of them. It is necessary to ensure equal opportunity for all individuals and groups taking part in our society, independently of their characteristics. Because social exclusion means that individuals are blocked or denied access to fundamental rights, opportunities or resources such as housing, employment, healthcare or democratic participation, it is fundamental to erase it.

In order to fulfil this goal, the Congress has adopted a series of texts relating to social inclusion on topics such as

The Congress contributes to the fulfilment of the SDG 16 by promoting inclusive and sustainable societies, and fostering local democracy, based on human rights and respecting citizens’ rights, liberties and freedoms. Through its monitoring of local and regional democracy, its recommendations to all governments, its observation of local elections and its co-operation activities, the Congress also contributes to the strengthening of local self-government in Europe, based on the European Charter on Local Self-Government.

In order to fulfil this goal, the Congress contributes in particular to empowering local authorities, to consulting other local stakeholders, such as civil society and citizens in general and to promoting transparent and open governments, based on efficient consultation mechanisms and decentralisation. In relation with this goal, the Congress adopted a strategy on fighting corruption, that included texts on topics such as fighting nepotism, transparency and open government, conflicts of interest, protection of whistle blowers, making public procurement transparent as well as a European Code of Conduct for all persons involved in local and regional governance.

Other adopted texts in relation with this goal concern:

The Council of Europe’s very structure, consisting of the Committee of Ministers and other intergovernmental bodies, the Parliamentary Assembly, the Congress of Local and Regional Authorities, the Commissioner for Human Rights, the Conference of International NGOs, as well as the European Court of Human Rights, facilitates partnerships with and between national, regional and local authorities and civil society in member States and beyond to promote sustainable development.

Within the Council of Europe, the Congress plays an active role in the field by promoting cooperation at all levels. It contributes to the dialogue between national governments and local and regional elected authorities, between NGOs and elected officials, between local elected representatives and citizens.

The Congress also cooperates closely with national associations of local and regional authorities. This partnership allows to establish a truly inclusive dialogue. That is why the Congress is redoubling its efforts to strengthen these associations and develop their efficiency and autonomy.

The Congress’ institutional partners include the Parliamentary Assembly which adopted, in 2019, a resolution calling for greater synergies between the two institutions in the implementation of the SDGs, international organisations representing local and regional authorities, such as United Cities and Local Governments (UCLG), European institutions, such as the Committee of the Regions, the CALRE and the AER.

The Congress's work focuses on 12 of the 17 objectives defined in the United Nations Agenda 2030.

Congress contribution to the SDG - available in PDF

Council of Europe contribution to the SDG