Robin Balzereit: “Young people can fight for their interests through political participation” 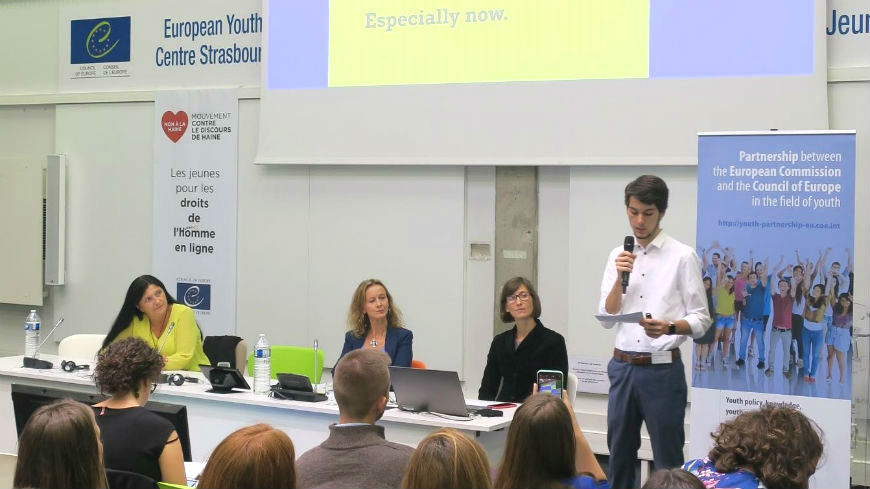 A symposium entitled “The future of young people’s political participation: questions, challenges and opportunities” is taking place at the European Youth Centre in Strasbourg (EYCS) from 18 to 20 September 2019. Organised by the European Commission - Council of Europe youth partnership, the event is aimed at exploring current tension and opportunities regarding the political participation of young people in today’s changing world.

Speaking at the opening of the symposium, Congress youth delegate Robin Balzereit (Germany) informed the participants about the Congress initiative “Rejuvenating politics” which has been promoting young people’s participation in public life and in the decision-making process at local and regional levels since 2014. Every year, young people from the 47 member states of the Council of Europe are invited to take part in the Congress sessions and debates.

“It is a concrete example of an initiative which allows young people to make themselves heard at a European level and fight for their interests”, he declared, reminding participants that the young generations are the most affected by the decisions made today in fields as important as climate change.

The Congress is convinced that it is at local and regional levels that a culture of youth participation can most effectively take root and thrive, as stated in the Revised European Charter on the Participation of Young People in Local and Regional Life. “Even though there is still room for progress in the field of youth participation at every level, the Congress initiative goes towards a better representation of young people in politics”, concluded Mr. Balzereit.