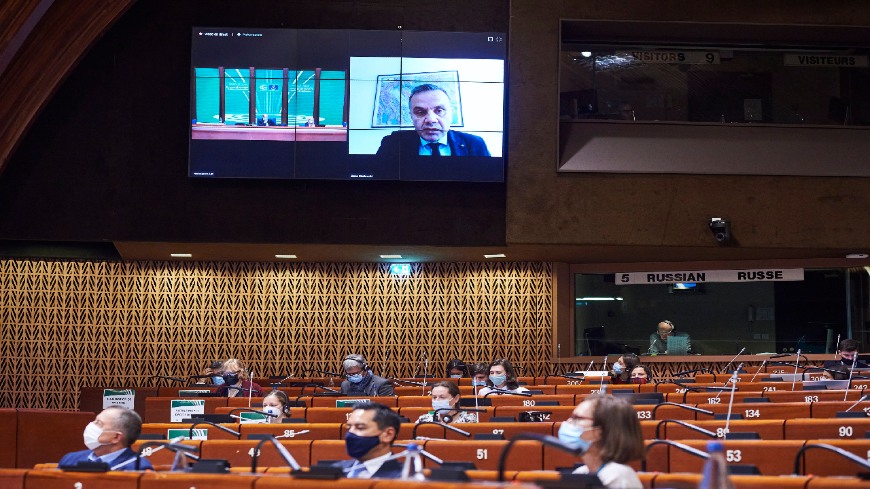 Political commitment to decentralisation is observed in North Macedonia, but more clarity in law and practice is needed to further improve the decentralisation reform in the country, says a recommendation adopted today by the Council of Europe’s Congress of Local and Regional Authorities.

The co-rapporteurs Harald Bergmann (Netherlands) and Zdenek Broz (Czech Republic) welcomed the government’s strong emphasis on the decentralisation process, as evidenced by the adoption of a new Programme for Sustainable Local Development and Decentralisation 2021-2026.

Zdenek Broz also noted with satisfaction that since the previous recommendation in 2012, the Additional Protocol to the European Charter of Local Self-Government was signed and ratified.

“However, there is a persisting lack of clarity in law and in practice concerning the division of competences, which leads to their overlapping,” noted Harald Bergmann. He also highlighted that local authorities need adequate financial resources for performing their tasks, as municipalities continue to be highly dependent on central government transfers. Besides, there is a general need to increase compliance with integrity obligations in local appointments, the co-rapporteurs concluded.

In its recommendation, the Congress invites the country’s authorities to address the existing problems and further devolve powers to local self-government. To this end, adequate funding is necessary, says the Congress, calling on the government of North Macedonia to increase municipalities’ own share of local budget revenues.

Zoran Dimitrovski, Deputy Minister for Local Self Government of North Macedonia, made a statement following the adoption of the recommendation, and replied to questions from the floor.