Monitoring visit by the Congress to the Slovak Republic 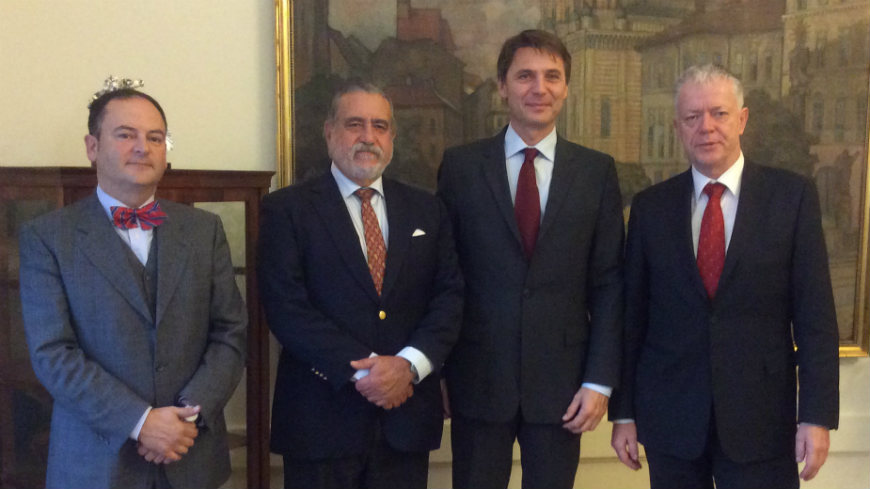 A delegation from the Congress is to make a monitoring visit to the Slovak Republic from 7 to 9 December. Congress rapporteurs Artur Torres Pereira, (Portugal, EPP/CCE) and Leen Verbeek (The Netherlands, SOC) will examine the follow-up action taken on the commitments made by this country in the sphere of devolution when it ratified the European Charter of Local Self-Government in 2000. The delegation will focus in particular on the developments in the field of local and regional democracy occurred since the last Congress monitoring visit in 2006. On 7 December, high-level meetings were scheduled in Bratislava. The delegation met, in particular Marian Salon, State Secretary of the Ministry of Interior, František Palko, Secretary of State to the Minister of Transport, Construction and Regional Development as well as Ivo Nesrovnal, Mayor of Bratislava. Meetings are also scheduled with Peter Pellegrini, President of the National Parliament, Karol Mitrík, President of the Supreme Audit Office of the Slovak Republic as well as Jana Dubovcova, Public Defender of Rights. The delegation will also be meeting the General Prosecutor of the Slovak Republic, the mayors of Bratislava, Nitra and Dunajská Streda, representatives of the Bratislava and Nitra Self-Governing Regions as well as the national associations of local authorities and members of the Slovak delegation to the Congress. Photo: The Congress delegation meets Ivo Nesrovnal, mayor of Bratislava