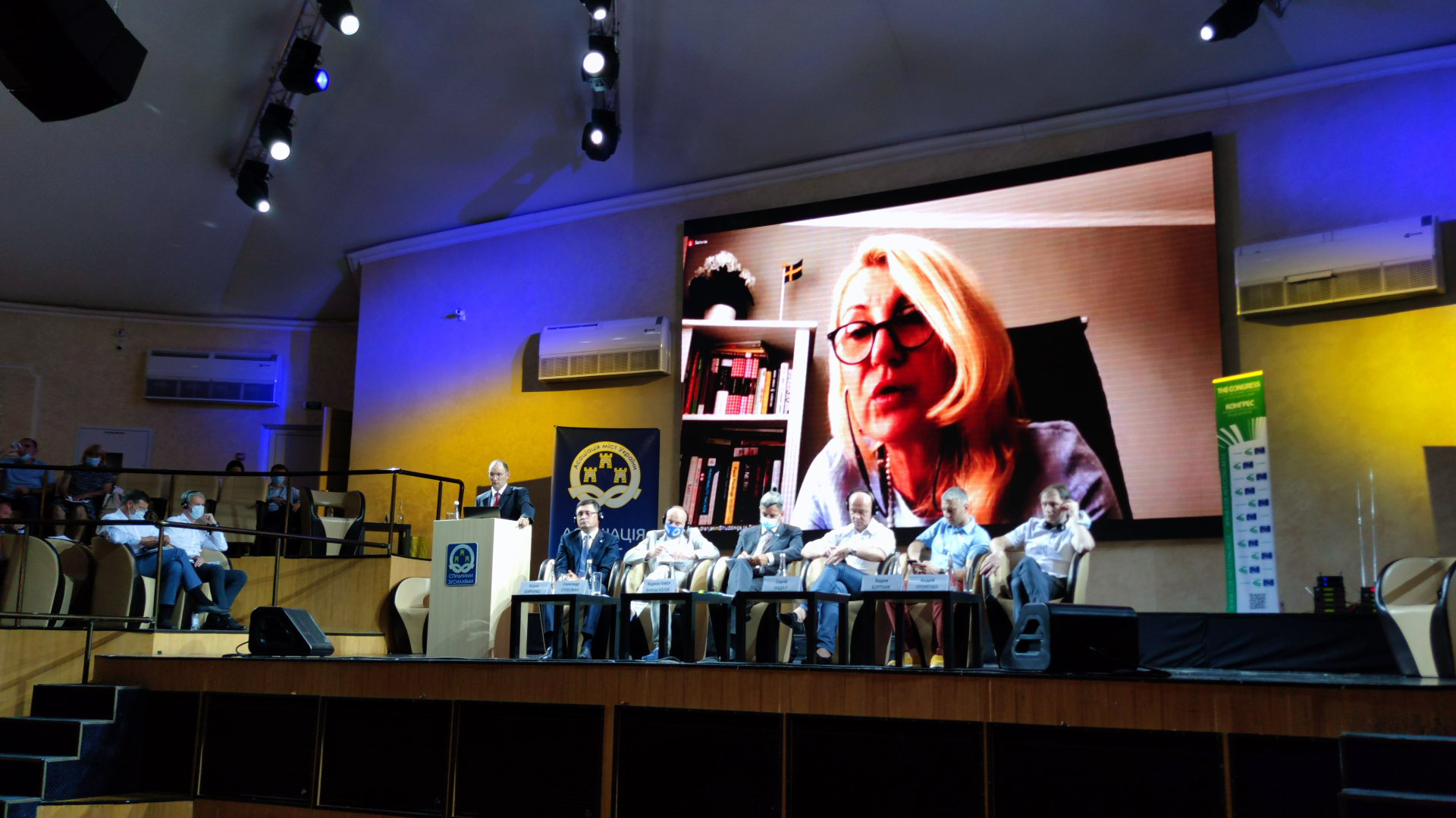 27 July 2021, Odessa - “Ukraine is undergoing the final stage of the local self-government, administrative and territorial reform. Inclusive and transparent consultation with local authorities and their national associations is key to succeed”, highlighted Andreas Kiefer, Secretary General of the Congress in his address to some 500 Mayors at the opening of the XVI Ukrainian Municipal Forum held in Odessa (Ukraine) on 27-29 July 2021.

“What makes a society sustainable and resilient is the trust in public institutions and in the persons that represent them” stressed Vitaliy Klitschko, Mayor of Kyiv and Chair of the Association of Ukrainian Cities. He emphasised the role of local authorities “as front-liner in establishing this social fabric that keeps citizens together in difficult times- one that has the power to innovate and develop further”.

Jelena Drenjanin (Sweden, EPP/CCE), Chair of the Governance Committee of the Congress underline that in times of pandemic it became of utmost importance to build accountable, transparent and inclusive local governance through deliberative, collaborative and participatory local policymaking.

The Day of “Local Democracy and Open Government: dialogue for sustainable partnerships” – first day of the XVI Ukrainian Municipal Forum – was organised as a peer-exchange for Ukrainian local authorities to share knowledge and work together to integrate human rights approaches at local level and shape inclusive, open and transparent societies.

On this occasion, the Secretary General of the Congress held bilateral meeting with Dmytro Razumkov, Speaker of the Parliament of Ukraine and Viacheslav Nehoda, Deputy Minister for Communities and Territories Development.

Andreas Kiefer also paid a visit to Balta (Odessa region) and Mykolaiv, two cities that have been supported under the Congress project for the implementation of participatory budgeting initiatives, the inclusion of children and youth in local life, and the protection and promotion of national minority rights. He met two members of the Ukrainian delegation to the Congress: Hanna Zamazieieva, Chair of the Mykolaiv Regional Council and Sergei Mazur, Mayor of Balta, as well as Oleksandr Sienkevych, Mayor of Mykokaiv, former member of the Congress. All three underlined the unifying role that the Association of Ukrainian Cities plays in representing the interests of both urban and rural local authorities.

The event is organised within the project "Strengthening democracy and building trust at local level in Ukraine” implemented by the Congress of Local and Regional Authorities within the Council of Europe Action Plan for Ukraine 2018‑2022. The project aims to improve the quality of local democracy in Ukraine by strengthening institutional frameworks and by supporting local authorities and their national associations in their efforts to promote ethical decision-making and more citizen-oriented, inclusive and transparent local governance.