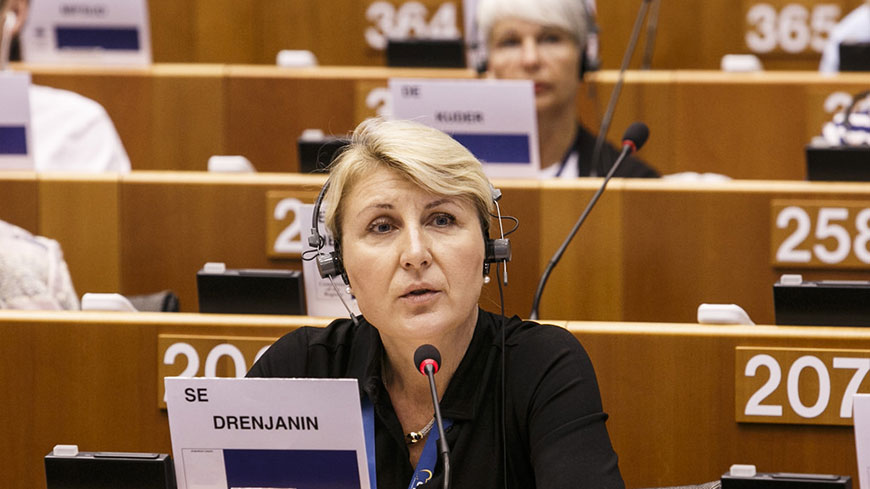 "All over the world, voices are being raised to denounce violence, sexism and harassment against women in the private, professional and political spheres," said Jelena DRENJANIN (EPP/CEC, Sweden), spokesperson for the Congress for Gender Equality, on the occasion of International Women's Day, on 8 March 2019.

"Today, more than ever, we must promote zero tolerance for sexism in political assemblies and make it a priority. As candidates or elected officials, women are subject to harassment, which can discourage them from entering politics or prevent them from carrying out their duties”, stressed the spokesperson. “Sexism is an obstacle to a balanced representation of men and women at all levels of governance. To remedy this, we must, as local and regional elected representatives, lead the way by strongly condemning all forms of discrimination against women," she added.

The Congress has been working for many years to promote women's participation in public life. This includes the establishment of quotas, a mechanism that Congress applies within its own delegations. It has also adopted several resolutions and recommendations on gender equality and the fight against violence against women.

These issues are also at the heart of the Council of Europe's Strategy for Gender Equality (2018-2023) and are among the priorities of the Finnish Chairmanship of the Committee of Ministers.

See also: ‘8 Questions on 8 March’, an interactive questionnaire in 5 languages (EN, FR, DE, IT, RU) designed to raise awareness of the Istanbul Convention and to get the views of as many people as possible about what they think the priorities are in the quest to end violence against women and girls