Harald Bergmann: “Racism, intolerance and discrimination are on the rise in Europe. All levels of governance must act together to reverse this trend.” 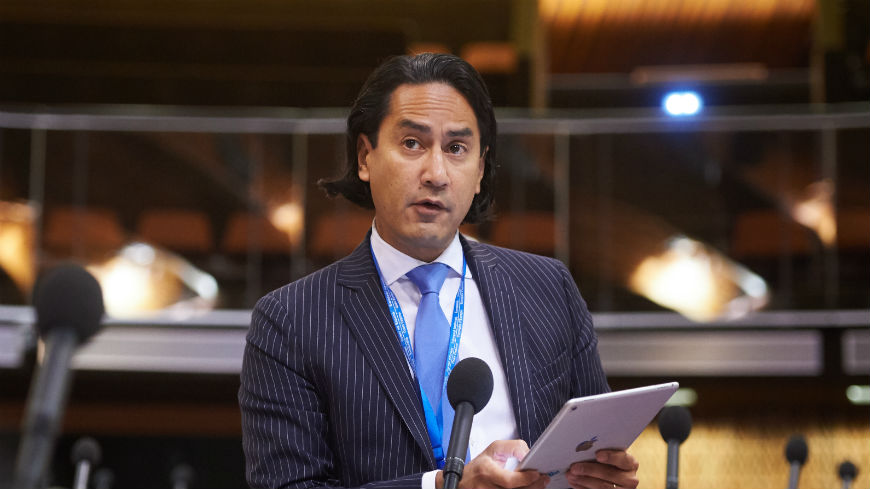 “Intolerance is rising against all minority and vulnerable groups in our society,” warned Congress Spokesperson on Human Rights, Harald Bergmann (Netherlands, ILDG), at the 85th Plenary Meeting of the European Commission against Racism and Intolerance (ECRI) on 31 March 2021.

“The progress we have made towards equality, inclusion and human rights for all is in danger,” Mr Bergmann said, noting the growing discrimination against LGBTI people, increasing racism and religious intolerance, as well as attacks against women’s rights, such as the recent withdrawal of Turkey from the Istanbul Convention and the near-total ban of abortion in Poland.

“To reverse this trend, action needs to be taken at all levels of governance”, Mr Bergmann stressed, emphasising that local and regional authorities need support to build more tolerant communities. “We need engaged mayors and local councillors, but we also need the cooperation of national governments and international organisations.”

Mr Bergmann also presented the ongoing work of the Congress to promote human rights and tolerance. Recently, the Congress published the second volume of its Human Rights Handbook, focusing on social rights. At its next Session, Congress will discuss a report on the responsibilities of local and regional authorities in protecting LGBTI people. In February 2021, the Current Affairs Committee adopted a fact-finding report on the situation of LGBTI people in Poland and is currently preparing a Resolution on this issue.

“The Congress will remain vigilant of setbacks and will keep working to combat, at local and regional level, racism, intolerance and discrimination on any basis”, Mr Bergmann concluded.