Fact-finding on Poland: Congress delegation concerned about the situation of LGBTI people and the increasing polarisation of the Polish society 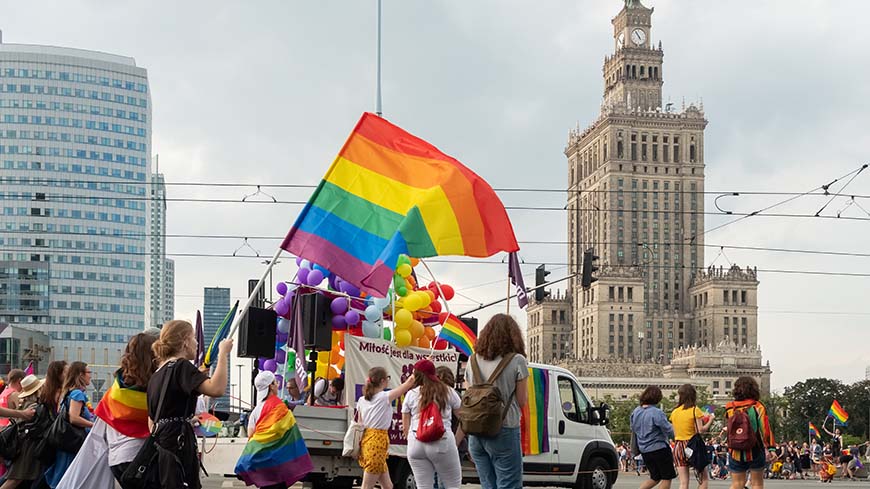 The Congress of Local and Regional Authorities of the Council of Europe completed a two-day fact-finding mission regarding the situation of LGBTI people in Poland.

"Sexual orientation has become a polarising issue in Polish society; this is also increasingly   reflected in local and regional authorities, some of which have adopted so-called “anti-LGBTI ideology” resolutions and declarations, and family charters" noted the members of the Congress delegation. “We are concerned about the negative impact this situation has on LGBTI people’s lives, rights and safety”, they added.

On 2 and 3 November 2020, the delegation gathered facts and insight from the government, parliamentarians, the ombudsman, local and regional authorities and their associations, and NGOs.

Referring to the European Convention on Human Rights ratified by Poland in 1993, the delegation recalled that Article 14 expressly prohibits discrimination on all grounds and protects everyone including LGBTI people. “Local authorities have a crucial role in upholding citizens' rights as well as promoting dialogue and social cohesion”, they stressed.

A report on the fact-finding mission will be submitted to the Congress and other Council of Europe institutions and the findings will serve for the preparation of a report on "the role and responsibilities of local authorities in the protection of LGBTI people" to be considered by the Congress early 2021.

Composition of the delegation

The delegation comprised Gabriele Neff (Germany, ILDG), Chair of the Current Affairs Committee, and co-rapporteurs Andrew Boff (United Kingdom, ECR) and Yoomi Renström (Sweden, SOC/G/PD), and Congress Director Rafael Benitez.  They were joined by Fourat Ben Chikha (Belgium, SOC), Rapporteur of the Parliamentary Assembly of the Council of Europe on LGBTI issues and Robert Davidson, Congress expert from the University of Amsterdam. The fact finding was conducted remotely 2-3 November 2020.