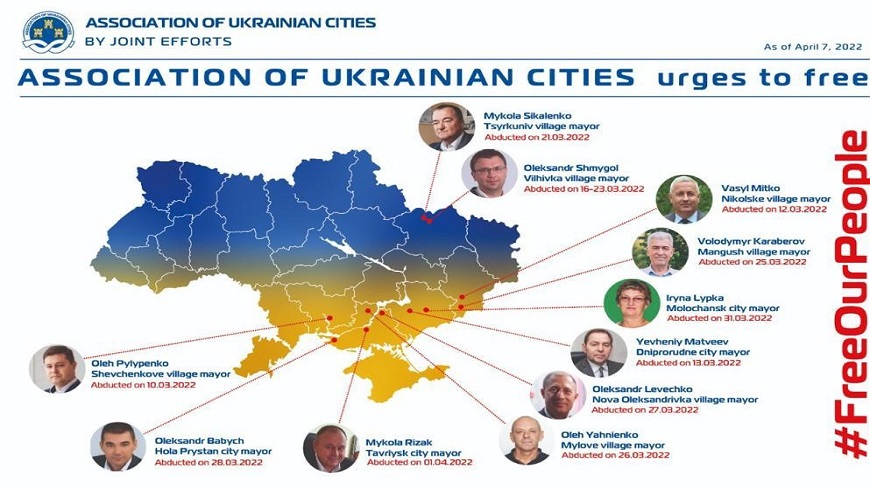 On the occasion of his exchange of views with the Deputies in the Committee of Ministers on 6 April, the President of the Congress of Local and Regional Authorities of the Council of Europe, Leendert Verbeek made the following statement:

“The war in Ukraine has entered a new phase of atrocities. While Russian troops are retreating from villages and towns around the capital city of Kyiv, in Boucha, Irpyn, Vorzel or Motyzhyn, they are leaving behind evidence of what appears to be deliberate killings of civilians.

On 2 April, the bodies of the mayor of the small village of Motyzhyn, Olga Sukhenko, her husband Igor and their son Alexander, reportedly kidnapped on 23 March, were found in a grave. Similar atrocities have been reported in Hostomel and other towns in the Kyiv oblast: mayors being killed for having refused to cooperate with the Russian troops and to provide full support to the war.

In Mariupol, Kherson, Zaporizhya, Mykolaiv and Luhansk oblasts, so-called “mayors” were appointed in replacement of the elected mayors; these appointments cannot be seen as legitimate. I demand the release of the mayors democratically elected by the Ukrainian citizens and the restauration of the conditions for them to fully resume their functions.

I condemn in the strongest possible terms the brutal murders, as I condemn the abduction or intimidation of mayors and local councillors who stand by their fellow citizens and refuse to submit to the invader.

These crimes must not go unpunished. They are an affront to our humanity, and flagrant violations of all the rules of democracy, of international law, rules governing armed conflict and simply of the fundamental human rights we stand for.

I am confident that international justice will be carried out and those responsible for the crimes committed in Ukraine will be held accountable.

I once again wish to pay tribute to democratically elected local leaders in Ukraine who play a key role in addressing the daily challenges of citizens in their martyr cities, towns, and villages.  And this is exactly why they are being targeted by the aggressor.

I deplore the loss of lives and the terrible consequences of this unjustified aggression and wish to reiterate our full solidarity with Ukraine and its people. “