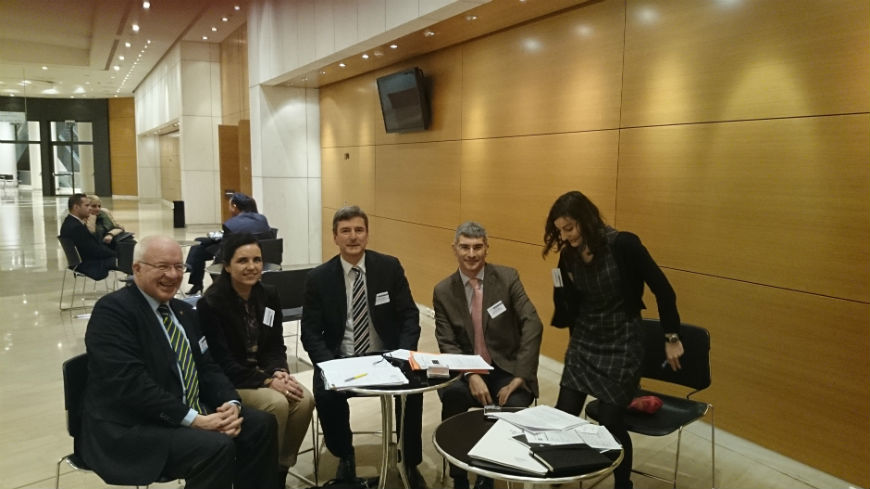 Congress President Herwig van Staa (Austria, PPE/CCE) and Andreas Kiefer, Secretary General of the Congress met with Pilar Rojo Noguera and Xosé Sarmiento Méndez respectively President and Secretary General of the Conference of European Regional Legislative Assemblies (CALRE) in Athens on 7 March 2014? In the context of the cooperation agreement between the two institutions, they discussed common priorities, notably “digital inclusion” and citizen participation at regional level. They specifically focused on the use of new technologies to facilitate the involvement of citizens in the work of regional Parliaments and how these parliaments respond to popular initiatives. Herwig Van Staa invited regions with legislative powers to make full use of the opportunities offered by the Congress to exchange good practices beyond the borders of the European Union.
2014-03-07T02:39:00