Congress President Anders KNAPE addresses the Committee of Ministers: “We must regain the trust of the citizens” 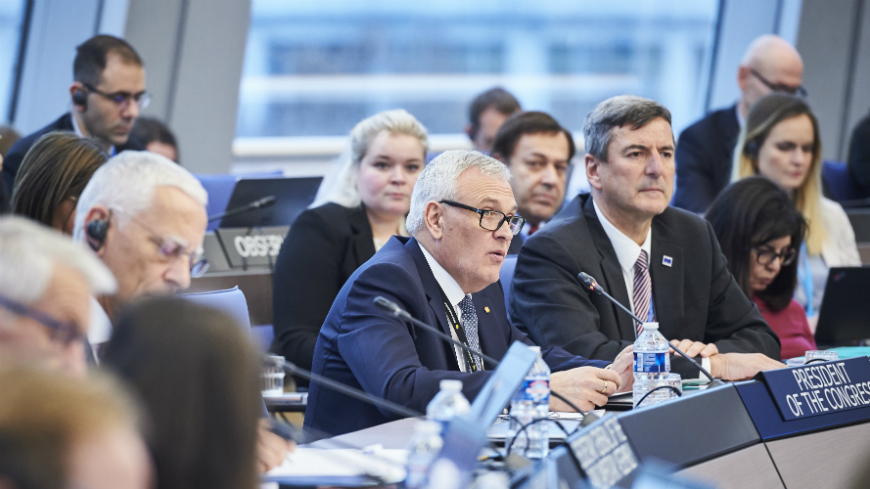 “Corruption continues to pose a major threat to local and regional governance and democracy in Europe, and governments and parliaments at all levels urgently need to address it effectively. The Congress will continue to focus its action on prevention - promoting higher ethical standards and better protection mechanisms at local and regional level, as well as transparency. This will be one of the top priorities of my mandate.”, explained Congress President Anders KNAPE to the Committee of Ministers Deputies on 28 November 2018. "The Congress is the second political assembly of the Council of Europe and, as such, it brings to this Organisation the second political dimension of democracy, that of shared governance. Without this dimension, democracy is in complete," he stressed.

The President of the Congress highlighted the importance of the European Charter of Local Self-Government, a flexible tool which enables member States to develop this shared governance, as well as the role of the Congress in ensuring its implementation, which is part of the general democracy monitoring mechanism set up by the Council of Europe. He also presented the thematic priorities of his two-years mandate, which began in November 2018 and includes the promotion of public ethics, gender equality and youth participation.

"We intend to remain a dynamic force within the Council of Europe," he said, referring to the ongoing Congress reform process aimed at streamlining its functioning, strengthening its institutional identity and increasing its flexibility of action. "The Congress is and will continue to be the political body that implements the local and regional dimension of the Council of Europe’s missions and priorities," he underlined.

In this perspective, the Congress will contribute to the reflection on the future of the Council of Europe to be conducted by the Ministers of Foreign Affairs in Helsinki in May 2019 and has appointed the Presidents of its two chambers - the Chamber of Local Authorities and the Chamber of Regions - as rapporteurs. "The constructive political dialogue we have with governments in the Committee of Ministers and in the capitals is what enables us to carry out our missions and in particular our monitoring missions", Anders KNAPE concluded.