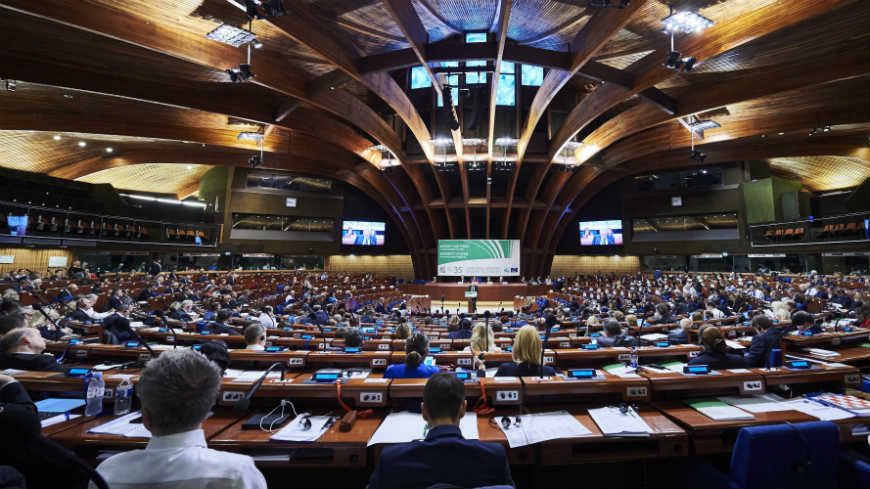 In the frame of its 35th Session held from 6 to 8 November in Strasbourg, the Congress of Local and Regional Authorities again focused on the issue of mayors facing pressure in some member countries of the Council of Europe. The fact that mayors continue to come under undue legal, financial, psychological and physical pressure from some central governments and majority parties was discussed at a meeting of the Chamber of local authorities and included different guest speakers.

In his statement, Andrzej Porawski, Director of the Association of Polish Cities, referred to Article 6 of the European Charter of Local Self-Government on appropriate administrative structures and resources for the tasks of local authorities. He told the Congress about the decree issued by the Polish Government reducing mayors’ salaries by 20%, and referred to individual cases of pressure being exerted on the mayors of Warsaw, Lublin, Łódź and Radom.

The Mayor of Šabac in Serbia, Nebojsa Zelenovic, also referred to the Charter to defend the autonomy of a small minority of Serbian mayors who did not belong to the ruling party. He said that these mayors, including himself, were periodically subjected to police investigations and institutional manoeuvring, as well as arrests and threats. In his view, those incidents were in conflict with a series of Articles of the Charter: Article 3 on assemblies freely elected by secret ballot on the basis of direct, equal universal suffrage; Article 6 on appropriate administrative structures and resources for the tasks of local authorities; and Article 9(4) providing for the allocation, buoyancy and fair management of financial resources for local authorities, especially since, under Article 9(8), local authorities should also have access to the national capital market within the limits of the law.

However, the situation in Europe cannot be properly understood outside the overall context of the deterioration in democratic principles at global level. As pointed out by Jean-Yves Camus, Special Adviser to the General Delegate for International Relations of the City of Paris, exchanges and co-operation between the Congress and the future monitoring centre on the situation of mayors under threat initiated by the City of Paris and the Paris Bar Association should help to raise awareness of the problem. Although it would not have any legal powers, the monitoring centre should ensure civil society mobilisation and mediation in support of respect for fundamental principles such as the presumption of innocence and the right of mayors to fair trials.