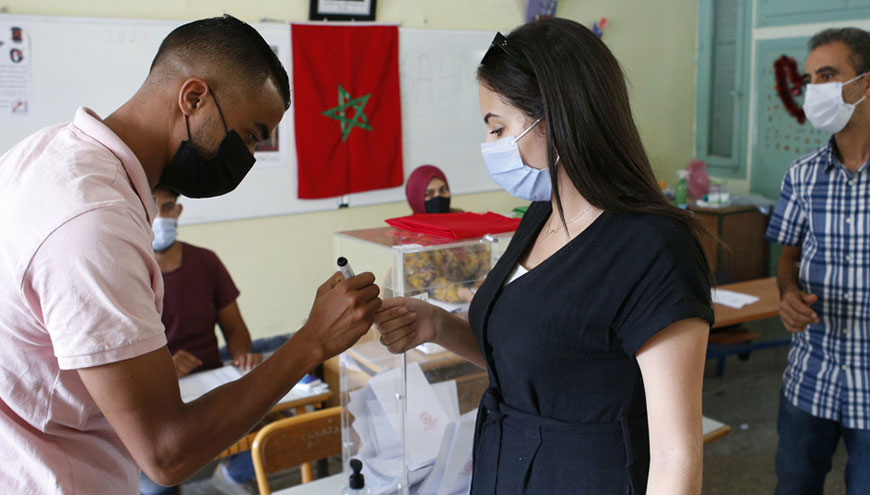 Today, a 9-member delegation from the Congress of Local and Regional Authorities of the Council of Europe concluded a mission in Morocco to observe the regional and municipal elections which were held on 8 September, concurrently with the elections for the House of Representatives. The on-site mission was preceded by preparatory meetings organised remotely on 2 and 3 September.

Against the backdrop of the ongoing Covid pandemic and a low-profile electoral campaign, four Congress teams were able to observe an Election Day in two Moroccan regions which was calm, orderly and transparent overall except some procedural inconsistencies, in particular during the closing of the polling stations and the counting. It was the first time that elections at the national and territorial level were organised on the same day which posed challenges to both voters and the election administration, mainly due to the lack of clear guidelines regarding the electoral procedures.

The increased representation of women in elected bodies, both at regional and municipal level and at all tiers of government was welcomed by the Congress delegation. At the same time, it regrets a slightly lower turnout compared to the last local elections in 2015.

The delegation was composed of members presenting the Congress on the Council for Democratic Elections of the Venice Commission, including Ms Gunn Marit HELGESEN, Norway (R, EPP/CCE), Ms Randi MONDORF, Denmark (R, ILDG), and Mr Vladimir PREBILIC, Slovenia (L, SOC/G/PD), accompanied by the President of the Chamber of Local Authorities, Mr Bernd VÖHRINGER, Germany (L, EPP/CCE). The team was supported by Professor Tania GROPPI, member of the Group of Independent Experts on the European Charter of Local Self-Government.

The Congress mission to Morocco was organised in the context of increased cooperation at the regional and municipal level and the status of “Partner for Local Democracy” which was granted to the country in 2019. A report containing practical recommendations will be presented to one of the next plenary sessions of the Congress.