Co-operation, consultation and financial autonomy – three conditions for the proper development of local and regional democracy in Ukraine 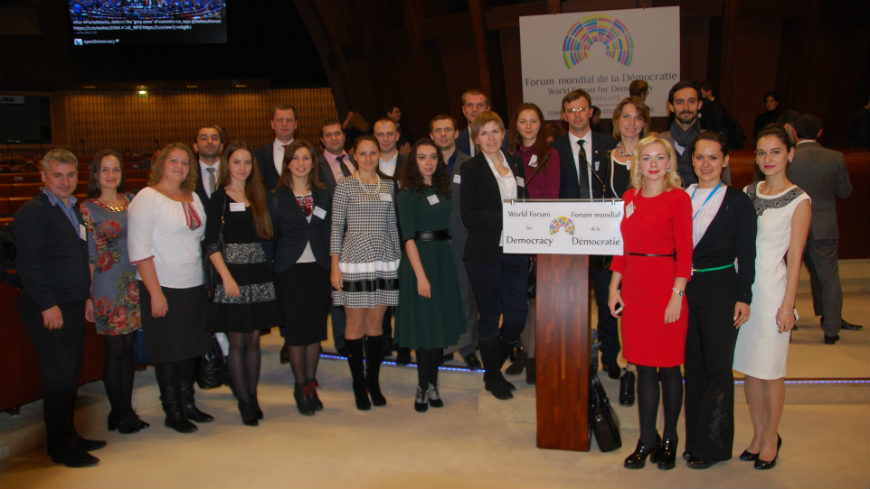 On the sidelines of the World Forum for Democracy, the Congress of Local and Regional Authorities of the Council of Europe organised a study visit in Strasbourg (France) and Kehl (Germany) from 16 to 21 November 2015 on the theme “Supporting young local leaders to foster grassroots democracy in Ukraine”. The group of 20 Ukrainians were given an insight into the workings of co-operation at inter-municipal level (the Eurométropole of Strasbourg) and at cross-border level (the Strasbourg-Ortenau-Kreis Eurodistrict). Discussion focused on the legal forms of these structures, compulsory mergers of local authorities, the importance of local authority financial autonomy, and the right of local authorities to be consulted by other levels of government. As guests at the Maison de la Région, the young Ukrainians had the opportunity to exchange views on the roles and responsibilities of French regions and the advantages and obstacles inherent in decentralisation, particularly in the context of a territorial reform.