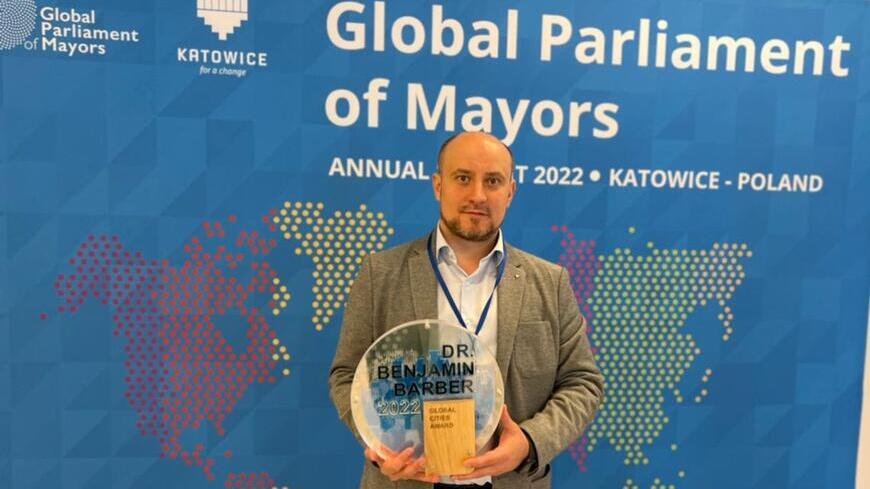 The Benjamin Barber Global Cities Award of 2022 was presented to the Association of Ukrainian Cities (AUC) on 25 June in Katowice, Poland, as part of the opening of the annual Global Parliament of Mayors Summit.

The award is given to a mayor or organisation for outstanding contributions to the development of global urban governance and for inspiring mayors around the world.

"This award [is] a recognition from the whole world of the courage of Ukrainian mayors, as a symbol of support for their resistance to the enemy, determination in protecting the residents of their communities, hard work for the restoration of cities, settlements, villages" said Alexander Slobozhan, Executive Director of the AUC.

He also stressed that the AUC is constantly liaising with communities, helping them to find effective solutions for wartime activities, communicating with the central authorities, providing humanitarian aid, as well as promoting the Cities4Cities platform.

Congress President Leendert Verbeek congratulated the AUC on the award and praised its work. "For 30 years, the Association of Ukrainian Cities has been the sole voice of Ukrainian local self-government, both in dialogue with the central government and internationally. Today, during the war, the AUC has proven and confirmed its high authority," Verbeek said.