Andrew DAWSON : “The increasing language diversity is a key challenge for local authorities” 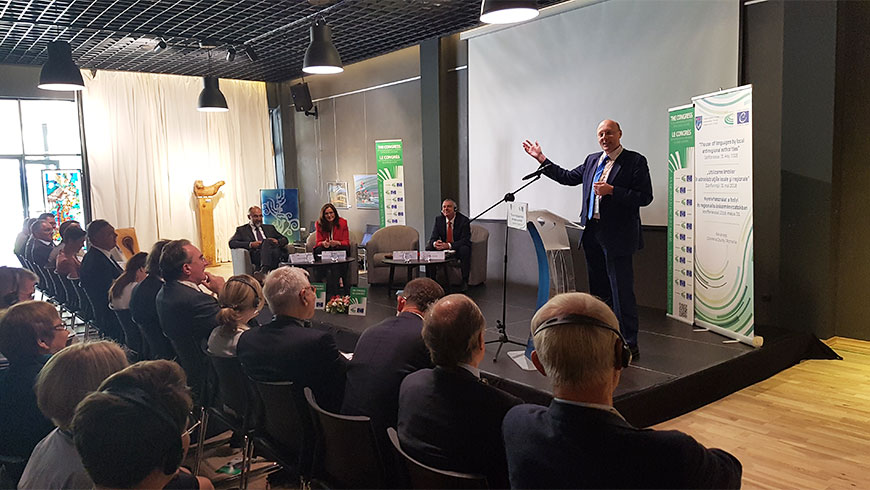 “Britain is becoming a very diverse society and, as a result, we are hearing more and more languages spoken on our streets. This increasing language diversity poses many challenges to local authorities,” said Andrew DAWSON (United Kingdom, ECR), Congress member, at the opening of the Conference on “The use of languages by local and regional authorities”, in Covasna County, Romania, on 31 May 2018.

In his introductory statement, he presented the major themes of the conference, referring in particular to the European Charter for Regional and Minority Languages, which is celebrating its 20 years in 2018. “With regard to the language Charter, we have a special interest in Article 10, related to administrative authorities and public services,” he explained.

This article encourage the use of regional or minority languages by local and regional authorities on whose territory there is a large number of residents who are users of these languages. These languages shall be used to submit oral or written applications, to communicate in debates in their assemblies, or for place-names.

“We should also consider how languages issues can affect the application of our own Charter – by which I mean the European Charter of Local Self-Government,” he added underlining several principles which might be affected: the rights to govern “a substantial share of public affairs” (art 3), the right to participate in the affairs of a local authority (art 1 of the additional protocol), freedom of a local authority to exercise initiative in any matter not excluded from its competence (art 4), and the free exercise of the functions of local representatives (art 7).

This conference is the first step in the preparation of a report on the use of languages by local and regional authorities which will be submitted, by Andrew DAWSON, as rapporteur, for adoption by Congress members in 2019.