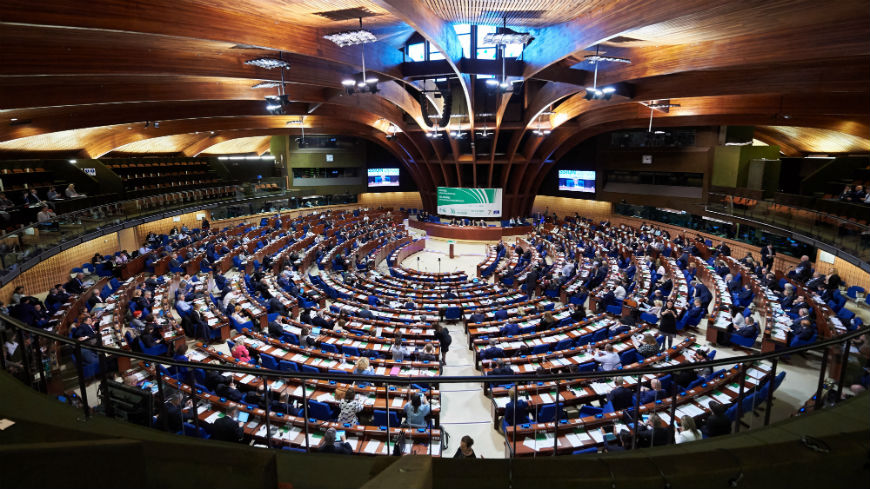 The Congress of Local and Regional Authorities of the Council of Europe met in Strasbourg, France, from 29 to 31 October 2019, for its 37th Session.

The Session’s debates focused on smart cities and cybersecurity, the working conditions of local elected representatives, the fair distribution of taxes in transfrontier areas, the use of languages by local and regional authorities and the protection of internally displaced persons, as well as on the regional dimension in the future of Europe and on the Venice Principles on the protection and promotion of the ombudsman institution. Members also considered the revision of the "Code of Good Practice for Civil Participation in the Decision-making process" prepared by a joint working group composed of members of the Conference of INGOs of the Council of Europe and the Congress.

As part of its monitoring activities, the Congress considered for adoption two reports on local and regional democracy in the Russian Federation and Bosnia and Herzegovina, as well as a report on the observation of local elections in Turkey (31 March 2019), including the repeat mayoral election in Istanbul on 23 June 2019.

Invited guests include Ivan Malenica, Minister of Public Administration of the Republic of Croatia, and Carolina Darias San Sebastian, Councillor of the Government of the Canary Islands, Spain, who spoke on the role of the regions in the implementation of the Sustainable Development Goals of Agenda 2030. In addition, as part of the institutional dialogue, the Secretary General of the Council of Europe, Marija Pejčinović Burić, as well as the President of the Parliamentary Assembly, Liliane Maury-Pasquier, addressed the members of the Congress.

The granting of the status of Partner of Local Democracy to the Republic of Tunisia was examined and adopted. This status is part of the Council of Europe's neighbourhood policy and provides the countries concerned with a privileged framework for institutional dialogue within the Congress.

Youth delegates from 39 member States presented grass-roots projects undertaken with their local authorities. This initiative is part of the "Rejuvenating Politics" operation, launched in 2014 by the Congress to encourage youth participation: youth delegates are invited to take part in debates during sessions and committee meetings.