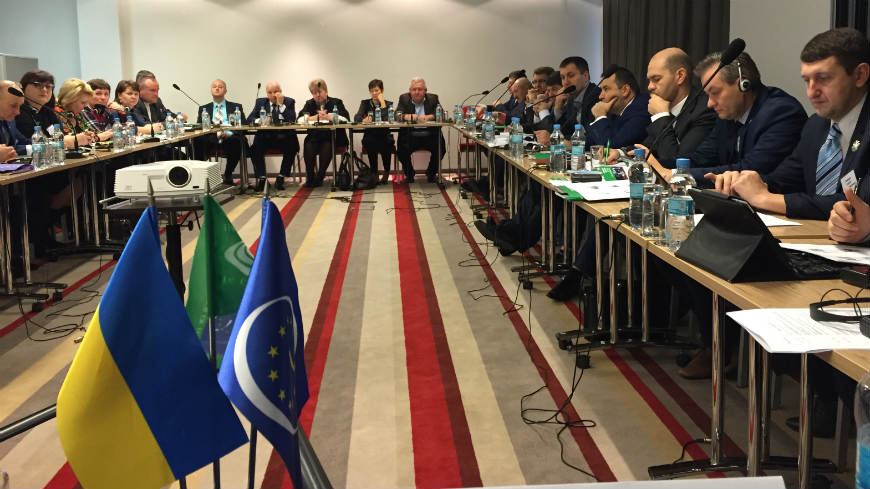 Speaking at the start of the “Mayors - Leaders for change” workshop in Kyiv on 15 December 2015, Anders Knape (Sweden, EPP/CCE), President of the Chamber of Local Authorities and Vice-President of the Congress, outlined the Congress’s role in promoting local democracy in the 47 Council of Europe member states through its monitoring activities under the European Charter of Local Self-Government. “Consultation is a crucial element in the decentralisation process, and contributes to the proper functioning of multi-level governance. Associations of local and regional authorities are a cornerstone of consultations between national governments and local government units,” said Mr Knape. Nataliya Romanova (Ukraine, ILDG), Vice-President of the Congress, reported on local and regional democracy in Ukraine and emphasised the role played by the Congress. On 20 May 2015, together with the Ukrainian authorities, the Congress signed a roadmap for implementation of the decentralisation reform in Ukraine. The signing of this roadmap followed the adoption by the Congress of a recommendation on the situation of local democracy in Ukraine and constructive post-monitoring dialogue on the European Charter of Local Self-Government since 2014.