The new convention was opened for signature on 3 July 2016 in Saint-Denis (France) during a match of the UEFA EURO 2016 and entered into force on 1 November 2017 after the three ratifications of France, Monaco and Poland.  Each state that wants to ratify the new convention CETS No. 218 will automatically denounce the former one so that only one international standard applies.

To learn more about the Council of Europe’s new convention Safety, Security and Service at Football Matches and other Sports Events follow the links

Recommendation Rec (2015) 1, revised in 2019 of the Standing Committee on Safety, Security and Service at Football Matches and other Sports Events 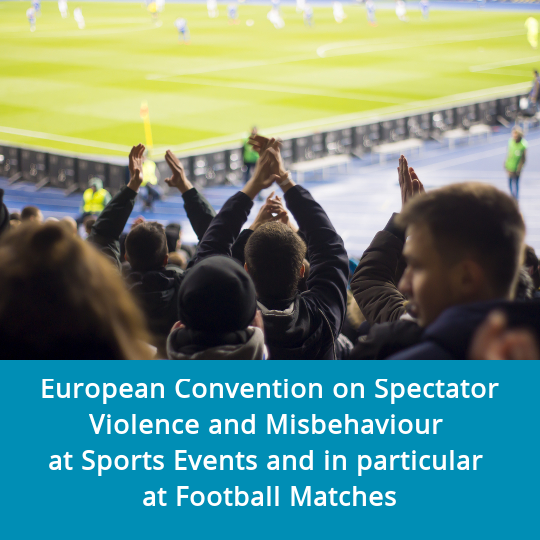 Information leaflet on the European Convention on Spectator Violence