Ukrainian local communities free of discrimination and sexism – how to make it a reality? 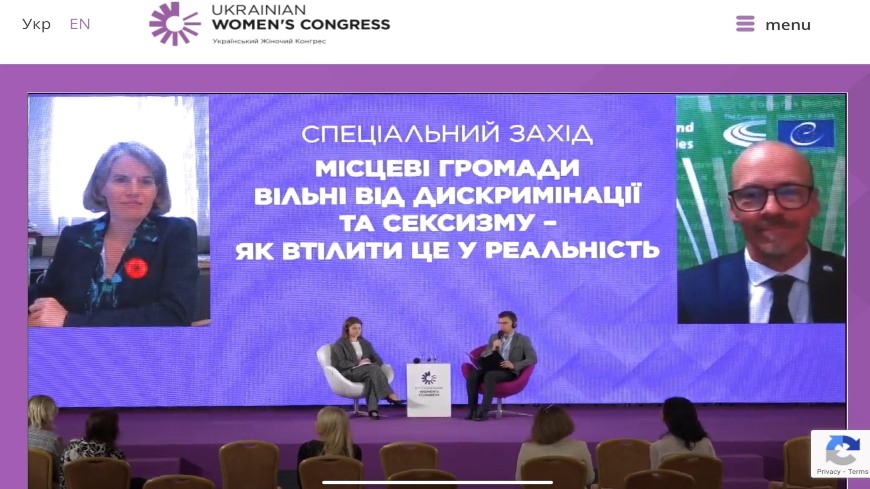 “We have a responsibility to ensure that women and men in our towns and regions are equally represented at all stages of governance, policymaking, political as well as social life”, stated Chair of the Congress Current Affairs Committee Thomas Andersson (Sweden, R, ILDG), during the 5th Ukrainian Women’s Congress held in Kyiv on 16 September 2021. Referring to the Congress efforts to fight sexist violence against women in politics, he highlighted the co-operation with Ukrainian local authorities and their national associations which resulted in the creation of tools for gender-sensitive policymaking, in particular the guide on “Preventing and combatting sexism at local level” and the e-course on gender mainstreaming at local level.”

Other speakers included Maryna Bardina, Member of the Parliament of Ukraine and Christelle Wieder, Deputy Mayor of the City of Strasbourg, France who underlined the need to adopt appropriate strategies and solutions for all levels of governance, as well as to include media in the promotion of local communities free of sexism and discrimination.

The side-event “Local communities free of discrimination and sexism – how to make it a reality?” was organised by the NGO “Ukrainian Women’s Congress” and the Council of Europe Office in Ukraine within the projects on “Supporting the transparency, inclusiveness and integrity of electoral practice in Ukraine”, “Enhancing decentralisation and public administration reform in Ukraine” and "Strengthening democracy and building trust at local level in Ukraine” implemented by the Congress of Local and Regional Authorities within the Council of Europe Action Plan for Ukraine 2018‑2022.