Congress President addresses Council of Europe Committee of Ministers: "We must stand united to defend the values on which our Organisation is built" 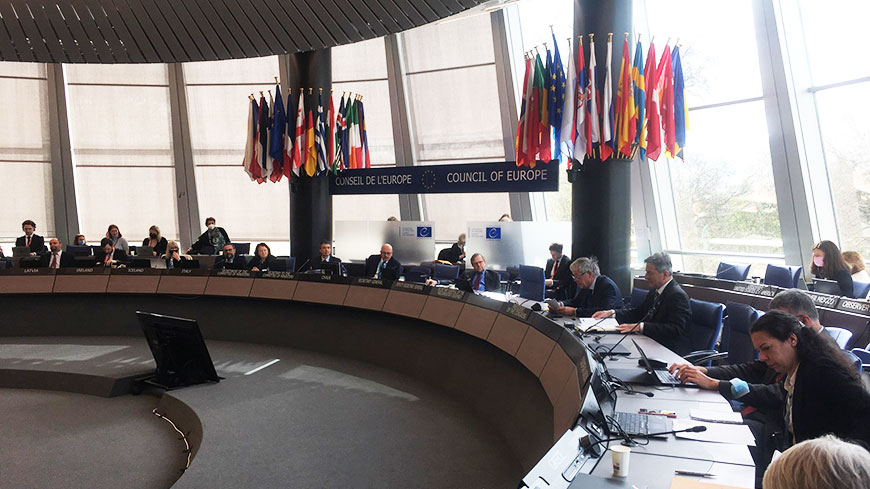 During his exchange of views with the Deputies on 6 April 2022, the President of the Congress Leendert Verbeek recalled the crucial importance of the values on which the Council of Europe is built : human rights, democracy and the rule of law and underlined that the Congress will continue to promote and defend these values at each level of governance, to make communities resilient and make the European model of society stronger.

He highlighted the work done by Congress members who engage in concrete action, working directly with each other, with central governments, with citizens and civil society and address crucial challenges for democratic societies.

He mentioned in particular the debates held during the 42nd session in March 2022 on fake news, disinformation, threats and violence on elected representatives, the implication of children in the development of sustainable cities and the monitoring the situation of local democracy in Member States as well as the launching of the online “Cities4Cities” platform aimed at helping local and regional authorities throughout Europe match the material and logistical needs of Ukrainian local authorities during the war and prepare to the post-war reconstruction. Many Ambassadors expressed their support for this platform and said they would encourage their own local communities to use it.

The Congress President also underlined the Council of Europe and Congress cooperation activities in Member States which contribute to promote and strengthen democracy, good governance, citizen participation, transparency and gender equality in the field. He said he was convinced that the cooperation activities implemented in Ukraine since 2011 to strengthen local democracy and self-government have “contributed to the admirable resistance we can see today and have helped to cement the bonds between citizens and public authorities, who stand together today in the defence of their country.”