Brandenburg example should be followed: reporting back to local and regional councils and parliaments plays an essential role in highlighting Congress work 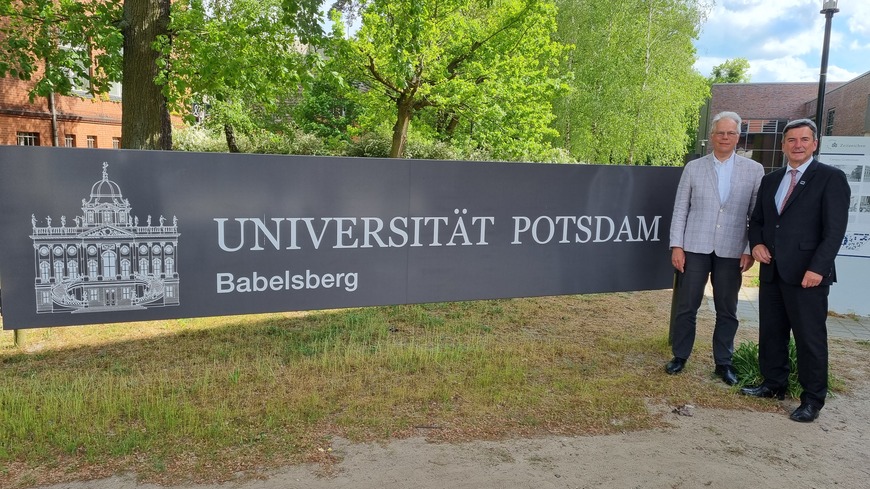 On 12 May 2022, Heiner Klemp (Germany, SOC/G/DP), member of the Brandenburg Landtag and member of the German delegation to the Congress, updated the regional parliament about the decisions of the last Congress session, his participation in the local election observation mission to Serbia and the work of the Congress committees.

"Reporting back to the regional parliament, city council or national association of local authorities is the best way to reach out to local and regional decision makers and highlight the work as Congress member. The Brandenburg example is outstanding and a model for many others." said the Secretary General of the Congress of local and regional authorities of the Council of Europe, Andreas Kiefer.

During his presentation, the Secretary General presented the role and mission of the Congress in the institutional architecture of the Council of Europe and detailed its monitoring work. Furthermore, he thanked Bettina Fortunato, chairperson of the commission for European affairs and development cooperation, for her invitation to this event and Ms Ulrike Liedtke, the President of the Brandenburg Landtag, for the invitation to hold a meeting of the Congress Monitoring Committee in Potsdam mid-2023.

Following the adoption by the Congress of the monitoring report on Germany in March 2022, the Brandenburg Parliament will discuss a supporting message for the ratification of the Additional protocol on the right to participate in the affairs of local authority by Germany.

Andreas Kiefer and Heiner Klemp also discussed the implementation of Human Rights as an often-undervalued dimension of local and regional self-governments with students at the University of Potsdam in Babelsberg. Hosted by Prof. Dr. Normann Weiß, Permanent Senior Fellow at the Human Rights Centre of the University of Potsdam, the presentations focused on the Congress reports and data collections and good practice examples of human rights applications at local and regional levels of government.

“The aim of the Congress’ human rights activities is to promote awareness among elected representatives of their responsibilities in dealing with human rights issues that affect people’s everyday lives at the local level, to encourage the national, as well as local, authorities to be trained in the field of human rights and to disseminate reliable information among citizens about their rights” said the Secretary General.