Voting rights at local level: A factor in the long-term integration of IDPs and migrants 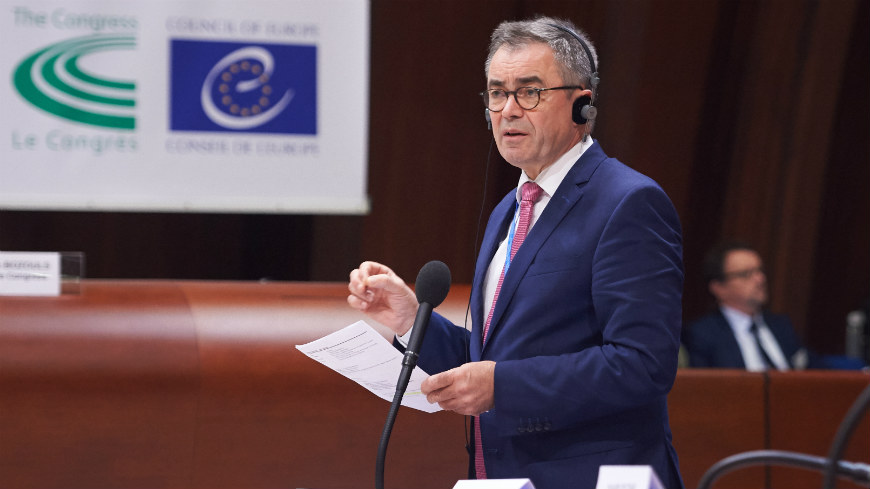 A new report on the relevance of voting rights for the integration of internally displaced persons (IDPs) and foreigners in Europe‘s municipalities and regions was adopted by the Congress of Local and Regional Authorities of the Council of Europe at it’s 35th Plenary Session.

As underlined by the Rapporteur, Jos WIENEN, Netherlands (EPP-CCE), against the backdrop of the ongoing migration flows in Europe, participation in local elections can be seen as a key factor of successful long-term integration of populations that reside, for various reasons, in places different from their places of origin.

Quoting the example of Ukraine, hosting some 1,7 million people which is currently the largest group of IDPs in the Council of Europe area, the Rapporteur referred to the fact that the current law provides no grounds for IDP voting at local level in this country. “In view of the next local elections due in 2020, we call on the authorities to amend legislation in order to enfranchise the IDPs who hold Ukrainian citizenship and are therefore all eligible citizens.”

Examples of other Council of Europe member countries, such as Georgia, show that positive solutions can be found and some 200.000 IDPs were included in the voters’ lists at their current places of residence in the 2017 Georgian local elections, WIENEN stated.

The Congress, therefore, recommends that legal provisions at national level allow IDPs to exercise their right to vote by facilitating the procedures for changing residence and registration on voters’ lists. Moreover, provisions should not require individuals to choose between exercising their voting rights and being eligible for IDP status or social benefits.

As regards the situation, more generally, of foreigners, as established by the Venice Commission’s Code of Conduct in Electoral Matters, there is a tendency to grant voting rights in local elections to long-standing foreign residents, in accordance with the Council of Europe Convention on the Participation of Foreigners in Public Life at the Local Level.

“This is exactly the point of departure for us in the Congress: No matter the status or citizenship of the residents in our municipalities, it is our conviction that voting rights are a natural starting point for a successful long-term integration. Voting encourages new residents to actively participate in the life of their communities. Eventually, it helps strengthening the feeling of togetherness and thus contributes to democratic security in our cities and regions”, the Rapporteur concluded.