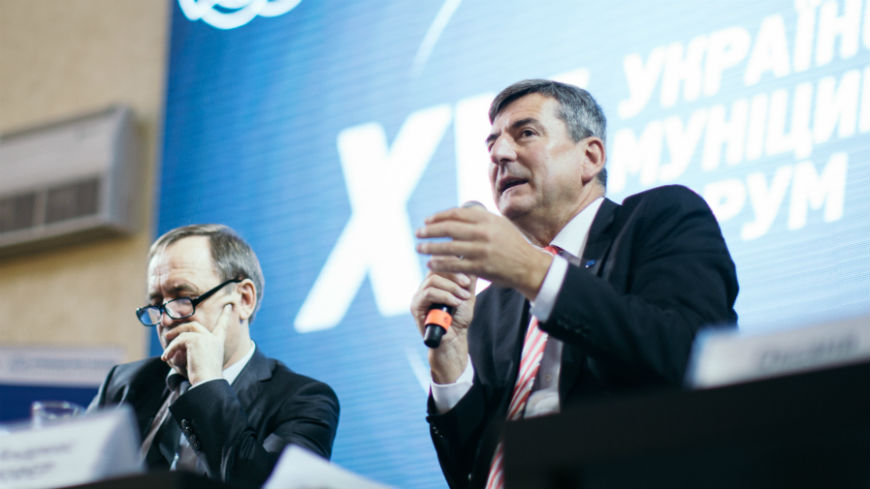 At the occasion of the Day of Dialogue within the XV Ukrainian Municipal Forum held in Odesa, Ukraine, from 18 to 20 June 2019, Congress Secretary General Andreas Kiefer addressed some 400 Ukrainian mayors in a panel discussion on “Reforming local government: expectations of citizens” together with Vitaliy Klitschko, Mayor of Kyiv and Chairman of the Association of Ukrainian Cities, Vyacheslav Nehoda, First Deputy Minister of Regional Development, Construction and Housing of Ukraine.

In line with the Forum thematic scope, Mr Kiefer acknowledged the will and commitment of Ukrainian local elected representatives for positive change. “Local authorities in Ukraine are determined to contribute to achieving further decentralisation and local self-government reforms, as fully-fledged partners of a multi-level governance system, and the AUC has a key role and responsibility in this endeavour” – he commented.

Although Ukraine has embarked on important reforms on local self-government, both administrative and territorial, and the results are undeniably positive, a number of challenges remain unsolved. In the view of the panellists, the decentralisation reform cannot be fully implemented without a full-scale reform stemming from constitutional amendments on decentralisation inspired in the European Charter of Local Self-Government.

Mr Kiefer also referred to the stability of local public institutions and the need to address the recall of mayors and elected representatives, which “should only be seen as an exceptional, democratic tool, in line with the legal frameworks and carefully regulated, coupled with adequate and effective procedural safeguards to prevent its misuse.”

During the Forum, Mr Kiefer also discussed challenges faced by local authorities in light of the decentralisation reform, and roles and responsibilities with the mayors of Odesa and Kyiv as well as other local elected representatives. He also had discussions with members of the Odesa Youth Council on youth engagement in local political life, and visited the Municipal Centre of Administrative Services of Odesa.

This event is organised in the framework of the project “Strengthening democracy and building trust at local level in Ukraine”, implemented by the Congress of Local and Regional Authorities as part of the Council of Europe Action Plan for Ukraine 2018-2021. The project aims to improve the quality of local democracy in Ukraine by strengthening institutional frameworks and by supporting local authorities and their national associations in their efforts to promote ethical decision-making and more citizen-oriented, responsive and transparent local governance. 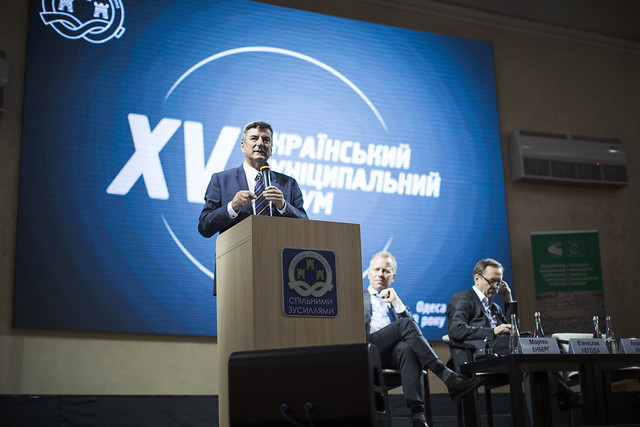