Tunisia, Partner for Local Democracy of the Congress 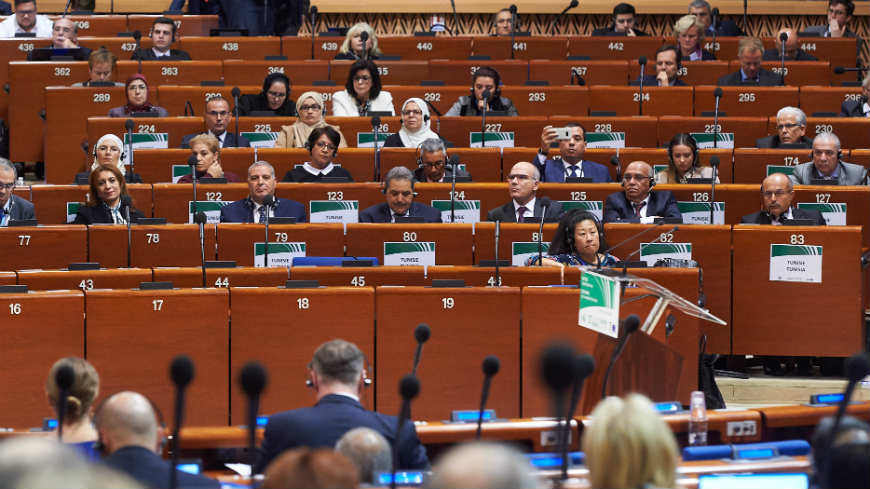 In a resolution adopted the 29 October 2019, at the occasion of the 37th session of the Congress of Local and Regional Authorities, the Tunisian Republic was granted Partner for Local Democracy status with the Assembly. This makes it the second country – with the Kingdom of Morocco – to hold this status, which offers the Council of Europe’s neighbouring countries an ideal platform for dialogue and institutional contacts with their European counterparts.

The resolution was introduced by the Congress spokespersons on the South Mediterranean Partnership, Piero Fassino and Constance De Pelichy (France, EPP/CEC).

The Tunisian delegation will comprise four representatives and four substitutes who will be able to sit alongside Congress members and contribute to the debates during sessions – but without the right to vote – and to the work of its monitoring, current affairs and governance committees.

On 30 October 2019, Mokhtar Hammami, Minister for Local Affairs and the Environment, and Souad Ben Abderrahim, Mayor of Tunis and President of the National Federation of Tunisian Towns and Cities ((FNVT), will address Congress members during a debate on the South Mediterranean Partnership.

The decision to grant partner status follows an application made to the President of the Congress on 6 May 2019 by the Minister for Local Affairs and the Environment of Tunisia and the National Federation of Tunisian Towns and Cities (FNVT).