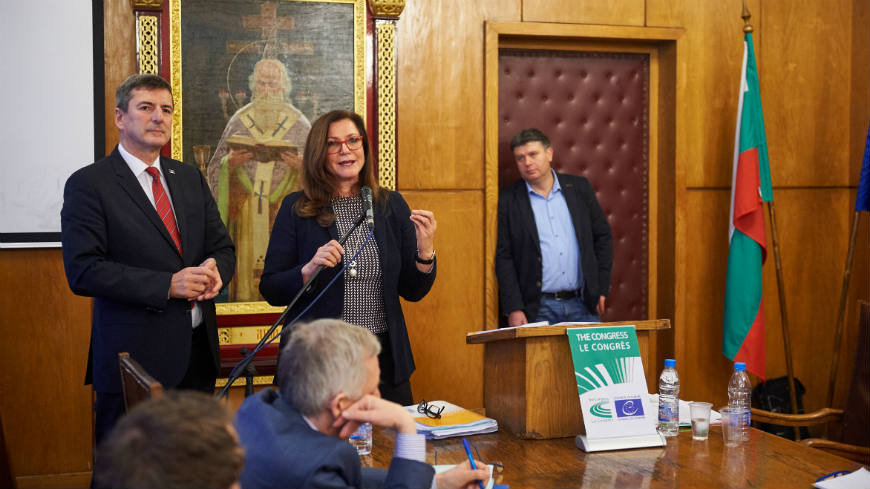 On Thursday 10 December 2015, Gudrun Mosler-Törnström, President of the Chamber of Regions, and Andreas Kiefer, Secretary General of the Congress, held a debate at Sofia University, the oldest university in Bulgaria, with a hundred students from the faculties of regional development, public administration and European studies. Presenting the work of the Congress and its unique role among European institutions, they focused on the monitoring by the Congress of the European Charter of Local Self-Government, its observation of local and regional elections and its activities in the field of preventing corruption at local and regional level. Mrs Mosler-Törnström described her own entry into political life and encouraged the students to become engaged in politics themselves. 'You are the future of democracy in Europe' she told them.