You were redirected to https://www.coe.int/en/web/congress/-/the-pandemic-has-highlighted-the-importance-of-an-continuous-partnership-with-the-southern-mediterranean-says-xavier-cadoret-to-arlem .

The pandemic has highlighted the importance of an continuous partnership with the Southern Mediterranean, says Xavier Cadoret to ARLEM 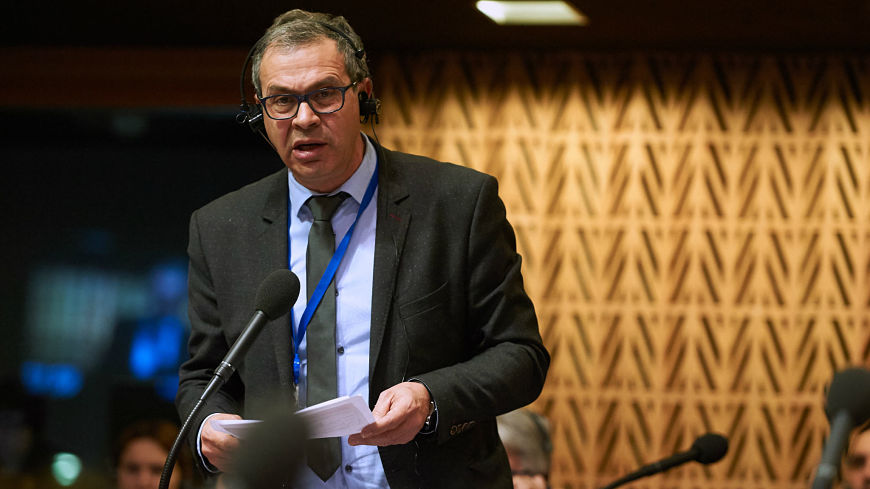 "The crisis caused by Covid-19 has united us and highlighted the need for solidarity and experience-sharing, as we are facing the same challenges on the three shores of the Mediterranean", stressed Congress Vice-President Xavier Cadoret (France, SOC/G/PD) at the 12th Plenary Session of the Euro-Mediterranean Regional and Local Assembly (ARLEM) held on 22 February 2021.

Speaking in the debate entitled "Towards a renewed partnership between the EU and its Southern Neighbours in the context of the effects of the COVID-19 pandemic", the Vice-President welcomed the positive developments that had taken place since the Arab Spring and the launch of enhanced cooperation between Europe and its neighbours ten years ago, while acknowledging that much remained to be done.

In particular, he welcomed "the strength of the political relations, cooperation and trust established in this framework", recalling that "the Council of Europe is also celebrating 10 years of its policy towards neighbouring regions, based on the promotion of the universal values of human rights, democracy and the rule of law, with the aim of creating an area of common standards".

This anniversary is taking place in the very particular context of the Covid-19 crisis, which spared no country or sector, and whose consequences have particularly affected the Mediterranean region. In this respect, the Vice-President stressed the "crucial role of local and regional authorities in managing the crisis and its effects", adding that the crisis had "highlighted the competence, agility and relevance of territories to protect their populations, innovate or cooperate with other authorities in order to provide concrete responses".

The Vice-President concluded his speech by stressing the values that should guide the future partnership between Europe and its Mediterranean neighbours: human rights, good governance and responsibility, sustainability and security.

The Congress of Local and Regional Authorities enjoys observer status with the Euro-Mediterranean Local and Regional Assembly (ARLEM) of the EU Committee of the Regions, which brings together local and regional representatives of the European Union and its Mediterranean partners. In this capacity, the Congress regularly participates in its plenary assemblies and other relevant activities.